Air Zimbabwe is set to acquire a new fleet from a Canadian aviation company, NewZimbabwe.com heard this week

If the deal sails through Air Zimbabwe will be home to modern low-cost jets known as Bombardier Q400.

“We have seen that Zimbabwe is a market full of opportunities and we hope that if we manage to strike a deal with Air Zimbabwe we will be able to supply and introduce the latest technology in this market,” said Bombardier sales director for Africa and Middle East, Sameer Adam.
“We have over 110 Q Series aircraft in Africa and we would be happy to offer our services to Zimbabwe,” he added.

Over 1,000 Dash 8s of all models have been built, with Bombardier forecasting a total production run of 1,192 aircraft of all variants by 2016.

Bombardier’s turboprop Q400 has 67 seats and boasts of an active noise cancellation system. The aircraft has significantly lower operating costs compared to other planes.

“With this jet-like performance, the Q400 may be treated as a jet, preventing airport congestion normally attributed to the lack of understanding of a turboprop’s performance by air traffic controllers,” Adam said.

Transport and Infrastructural Development Minister Obert Mpofu said he hoped the negotiations would bear fruit.
He said this while addressing delegates who attended the Zimbabwe’s Bombardier Q400 next generation test flight to Kariba.

“Air Zimbabwe must take advantage of new technology being offered by Bombardier and select the most suitable aircraft for the local environment.
“Many companies have approached us with proposals for us to buy their planes and we are still considering them,” he said.

“Most airlines in Africa are using aircraft that is not suitable for their routes. We want to avoid such a scenario, that’s why we are negotiating with various aircraft suppliers,” said Makona adding that Air Zimbabwe “is currently looking for two suitable aircraft to service the domestic and thin regional routes”. 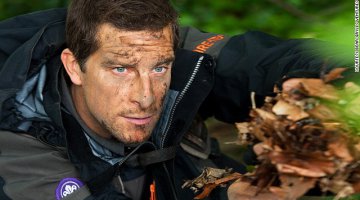