Fly Africa expands into the region

In an interview with The Source at the Harare International Airport after landing the inaugural Fly Africa’s Boeing 737-500 from Johannesburg, South Africa on Monday, Mati Karase, Fly Africa’s country manager said the company was already eyeing more regional routes.

“We have been given permission by the Civil Aviation Authority of Zimbabwe (CAAZ) to service the Harare-Lusaka, Victoria Falls-Lusaka and Bulawayo-Johannesburg routes,” he said.

Karase said that the company, which was given its first licence in August to service the Victoria Falls-Johannesburg route, now has a fleet of five aircraft. 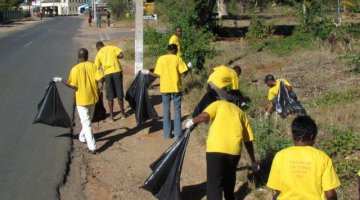 About the “Clean up Your World” Campaign