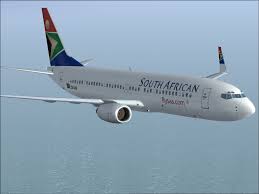 South African Airways has applied for seven additional flights into Victoria Falls to cater for growing demand from intercontinental destinations, a senior official with SAA has said.

Regional general manager for Africa and Middle East Mr Aaron Munetsi said that SAA had applied to the Civil Aviation Authority of Zimbabwe and Ministry of Transport and Infrastructural Development for more slots into the resort destination.

Mr Munetsi said that SAA flies to Harare 21 times per week and has seven flights into Victoria Falls weekly but it is looking at doubling frequency into the resort town due to high demand from Australasia, Middle East, North and South America.

He said Zimbabwe was a key market for SAA and is “classified as a core market”.

Mr Munetsi said that the airline was helping Zimbabwe to recapture its appeal as an international destination. As such, SAA flies into Harare, Bulawayo and Victoria Falls.

SAA is part of 13 airlines flying into Zimbabwe, down from 14 following the recent withdrawal of KLM Dutch Airlines, which stopped servicing the destination due to escalating losses.

“At the moment we have 21 flights per week into Harare; in the morning, afternoon and evening. We (also) have seven flights into Victoria Falls.

“We have noted that there is high demand for Victoria Falls, especially from Asia, Australasia, Middle East, South and North America,” Mr Munetsi said.

Victoria Falls, classified by the United Nations as a world heritage site, is Zimbabwe’s most popular and busiest tourist resort.

“Anyone of these (aircraft) is available to fly to Victoria Falls, unfortunately, Victoria Falls cannot take these big carriers,” he said.

The airport upgrade will be done by July next year.

Operators in the tourism industry contend that the new Victoria Falls Airport will be a game changer for Victoria Falls and Livingstone (Zambia), especially regarding volume of visitors.

Technical specifications are at a high level, for category 2 landing facilities equivalent to those of the world’s biggest and busiest airports; including international travel hub, Dubai.

There is high demand for flights into Victoria Falls on Fridays, Saturdays and Sundays; “the peak days that we see the peak demand coming from the intercontinental markets”. 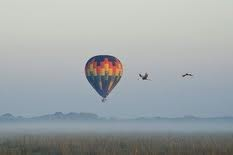