On the Road Part 2 : Lower Zambezi 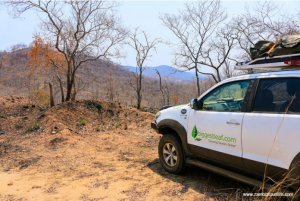 In many ways, I think all of us in the team for this trip felt that as soon as we left the Vic Falls area that was when our Zambia adventure would really begin.

And what a few days it’s been.

We hit the road from Livingstone early and made it through to Lusaka by early afternoon. The size and bustle of the city came as quite a shock after our time in the bush in Botswana; take away the tourist population and Livingstone too is a small provincial town in comparison.

Even on a Sunday, the roads were gridlocked and the noise of the place seemed deafening. Lusaka is one of Africa’s fastest-growing cities and it certainly shows.

After a night on the outskirts of town and a couple of morning meetings we made our way back down and across to the east towards Lower Zambezi National Park.

Soon we were off the tar and onto the dirt road. We passed a number of small villages consisting of thatched mud brick rondavels, where small, smiling, barefoot children stampeded to the side of the car shouting “SWEEEEETS!” and holding their hands out as we passed.

We made it too Mvuu Lodge on the outskirts of the national park by sundown. It was a beautiful spot, with a few safari tents with pretty open bathrooms and decks with wonderful views out over the Zambezi to Mana Pools on the other side in Zimbabwe.

The campsites had great amenities and big old trees provided plenty of shade and atmosphere, and, without us even noticing, within minutes of our arrival the attentive staff had lit a roaring fire in our boma. We sat down around the fire and lamented that we were only staying at this beautiful remote spot for one night.

The next morning we were up at the crack of dawn to make our way through the gate and towards Potato Bush Camp, one of the six lodges inside the park.

We were greeted warmly by the lodge manager, Faith, and then escorted to our accommodation in the family safari tent, which had its own plunge pool on a huge open deck by the river’s edge, as well as comfy hammocks and sofas, beautiful mahogany and teak furnishings and bathrooms so big you could host a party in them.

We spent a few hours relaxing by the pool and then drove out for an evening bush walk with one of the guides, Ryan. It was a memorable experience being completely out in the open in this incredible park with its diverse flora and fauna.

Then we tracked lions on the hunt for an hour or so in the vehicle before heading home for a magnificent three course dinner by candlelight, and then a nightcap around the fire listening to the happy sounds of hippos marking their territory in the river just metres away from us.

The next day we made our way towards the northern exit of the park, negotiating our way around hundreds of elephants as we went.

We soon came to a very steep track which would lead us over a high escarpment and out of the park. We began the climb oblivious to what we were about to put ourselves through.

It took us about 6 hours to traverse the 100kms or so to the gate, and we finally left the park minus a shredded tyre, some of the car’s wiring and most of our morale.

I have never been more grateful to see a tar road.

It had been a tough morning, but as we finally gathered some speed and left the park behind, I knew that that morning would end up being one of the most memorable moments of our adventure through Zambia, and that, as we suspected before coming to Lower Zambezi, this was where our adventure had really begun.

For Part One of this Series 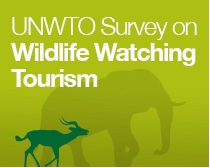 The Value of Wildlife Tourism