Renewed interest in Zim from UK and US markets

British tour operators have reported a ‘significant change in attitudes’ from British tourists towards Zimbabwe as a tourism destination.

According to UK-based tour operator Gane & Marshall, relations between the British tourist board and the Zimbabwean government have been strained since the beginning of 1990.

However, the recent shift in Zimbabwe towards the US dollar, combined with increased investment in the country from a number of high-profile international businesses, has led to tourists reconsidering the destination. “Zimbabwe has rightly begun to rebuild its reputation within the international community. Investment in infrastructure is only expected to grow, and the warm nature of the local communities continues to provide lasting memories for those who visit,” said the Gane & Marshall spokesperson.

Jim Holden, President of US-based African Travel Inc., says that in the US Zimbabwe has seen a surge in interest during the past few years. “There is a definite increase in interest for Zimbabwe again because it is seen as more peaceful with less political strife and is good value for money.”

According to Holden, Zimbabwe has also built a solid reputation in the US market for having excellent guides and wildlife. “I don’t think there are any impediments to Zimbabwe flourishing once again as a destination for US visitors unless political strife returns. And of course Immigration requirements need to be kept simple, consistent and clearly understood with regard to visa and inoculation requirements.” 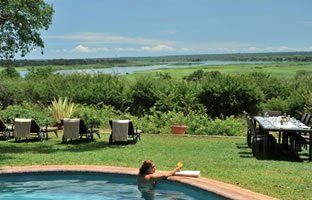