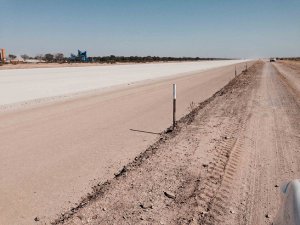 Africa Albida Tourism chief executive Ross Kennedy said: “The Victoria Falls Airport is going to be a massive game changer, not only Zimbabwe, but for the region.
“We will have a new airport capable of landing and handling, in all conditions, long haul wide body jets,” Mr Kennedy said.
This would turn Victoria Falls into a new regional hub, firstly for tourism, but it also has the potential to become a commercial centre, he said.
Victoria Falls, one of the seven natural wonders of the world, situated in the middle of southern Africa, was a natural jump off point for visitors to the continent, he said.
It is also the hub of several countries, surrounded by incredible wildlife parks, and relatively few people, he said.
Visitor numbers were already growing, with an 8.7 per cent increase in airport arrivals in the first six months of this year compared to last year, but with the new airport tourism was expected to boom, he said.
In addition, Mr Kennedy hoped a Univisa, mooted for visitors to Southern African Development Community (SADC) countries, would be introduced next year, boosting the ease of flow of tourists
across borders.
Victoria Falls Airport manager Ronnie Masawi said the new airport would accommodate more than three times more passengers. It would have an annual capacity of 1.2 million international travellers and 500,000 domestic passengers, Mr Masawi said.
The development included the construction of a new international terminal building, and the rehabilitation of the existing one into a domestic terminal, he said. A new 4km runway, capable of landing the biggest passenger planes, including the A380, would be built, while the existing runway was set to become a taxiway.
A new control tower with state of the art equipment, and a new fire station, would also be built, he said.
The aircraft parking area would be extended, and a new car park built to accommodate 400 vehicles,as well as provide for long term parking.
“This development, which is long overdue, is going to be a very serious game changer,” Mr Masawi said.
The new airport was expected to be completed and operating from the end of July next year, he said.
The airport, funded by a China Exim Bank loan to the Zimbabwean Government, is being constructed by China Jiangsu International Group.