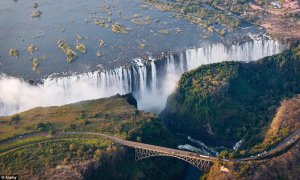 Victoria Falls, Zimbabwe/Zambia: Explorer David Livingstone named the waterfalls of the Zambezi River after Queen Victoria, but locals call them Mosi-oa-Tunya, meaning ‘the smoke that thunders’. Located on the border between Zimbabwe and Zambia, the falls plummet 108m, creating a mist that is visible from 20km away

A Guatelmalan national left the Mutare Magistrates’ Court in stitches on Wednesday after she confessed to sneaking into the country without valid papers just to see the majestic Victoria Falls.

She pleaded guilty on her own plea and was ordered to pay a $150 fine or 60 days in prison.
Thirty days were wholly suspended on condition that she does not commit a similar offence in the next five years.

Public prosecutor, Cuthbert Bhosha, told the court that the accused, on a date unknown to the court, sneaked into the country through the Forbes border post without a visa and valid travel documents.

She was accompanied by one Elian Jose, 33, a Mozambican woman who assisted her to cross into the country.

Valanzuela was however arrested by alert immigration officials who were patrolling the border area.
The officers had asked to re-check her documents at the gate.

Asked why she unlawfully entered the country without a valid visa, the accused responded: “I read about Mosi-oa-Tunya in books when l was growing up that’s why I unlawfully entered into Zimbabwe because I was curious to visit the place.” 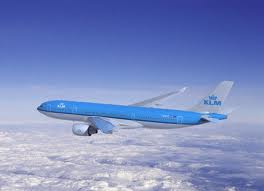