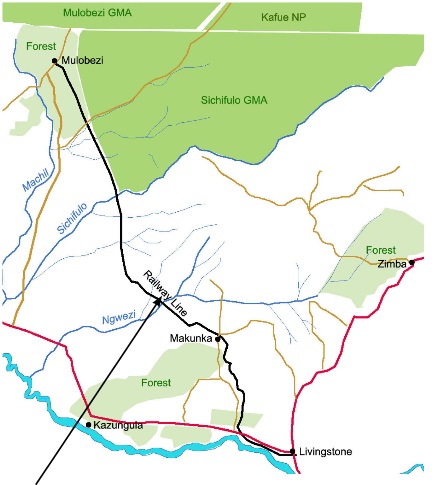 Government took over the running of the Mulobezi Railway last year. Since then the lines (163 km) have been rehabilitated and new rolling stock, capable of taking 300 people with a dining room and a sleeper compartment, has been brought in.
Up until now the train could take 3 days to go from Livingstone to Mulobezi! Now, though, it is said that it will take 13 hours, but there are hopes that this will be reduced to 6 hours.
This railway is a lifeline for the people of Mulobezi as the road is along a very roundabout route of 250 km. A shortcut over a floodplain of Sichifulo, Sala, and Machili Rivers is only useable in the dry season.
This line too has potential for tourism. As it used to be the longest private railway line in the world when Zambezi Sawmills was logging in the area, it is known to all steam enthusiasts. Steam trains have, in the past 10 years, attempted the trip but steam trains need water and the water tank infrastructure has long-since become dilapidated.
Mulobezi Town is very close to the southern entrance to Kafue National Park. A beautiful road through Sichifulo Game Management Area takes you to Dundumwense Gate. The possibilities are huge …

From The Livingstone Weekly 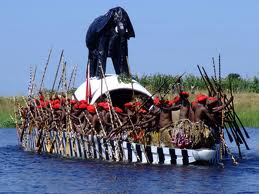