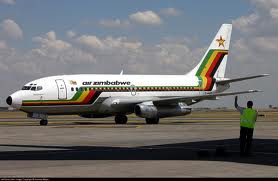 Southern African carrier Air Zimbabwe is closing in on a fleet renewal which will allow it to better serve its domestic and regional route network and will permit it to explore additional destinations for future growth with the Brazilian-built Embraer E-Jet are proving a strong candidate to meet its requirement.

Speaking to The HUB Daily on the sidelines of this year’s Routes Africa forum in Victoria Falls, Zimbabwe, Peter Mukarkate, the airline’s general manager passenger and cargo confirmed that the airline has recently concluded a detailed analysis of its markets and identified the capacity niches which would best fit demand on its network.

The carrier has operated a number of different aircraft types in recent years, ranging from Embraer ERJ-145s via BAe 146s to the A320 and 737-200 short-haul models and larger widebodied 767-200ERs but is currently just using ageing Boeing equipment which are all more than 20 years old.

“The problem we have is the 737-200 offers to much capacity in our domestic market linking Bulawayo and Victoria Falls with Harare. It is the same story with our daily international flight from Harare to Johannesburg with the 767-200ER too large for this route,” explained Mukarkate.

To right size capacity to meet demand needs Mukarkate said Air Zimbabwe requires a 70-seater on its domestic routes and a 90- to 100-seater for regional international services. With a wish to acquire a single family of aircraft the carrier is understood to have evaluated the offerings of Bombardier and Embraer but is leaning towards the latter.

“We believe the Embraer E-Jet family would be suitable for our needs through the operation of mixed sized variants. This would enable us to boost frequency on our routes to better meet the demands of our passengers,” said Mukarkate.

In the meantime Air Zimbabwe has in the past few days returned one of its Boeing 737-200s to passenger service following a period of storage. The aircraft has undergone recent maintenance and has been painted in a revised livery and will cover for the carrier’s other 737-200 while it completes a technical C-check over the coming weeks.

There are also ambitious plans for Air Zimbabwe to return to the long-haul market and in particular the UK market, which it last served via Gatwick Airport in April 2012. “When we make a final decision on long-haul, London will be the first destination we serve as we know the traffic is there,” said Mukarkate, but he acknowledged that there are some challenges which need to be cleared before the carrier can commit to any growth.

Although the Air Zimbabwe executive declined to define the precise challenges that are influencing its long-haul strategy, he confirmed that efforts have started to overcome the issue and the carrier could be in a position to launch flights within one month of it reaching a position when it could give the green light to its plans. “These flights will initially use our 767-200ER as that is all we have available, but we will look at equipment options,” he added.

Alongside its flights between London and Harare, which at their peak were operated on a six times weekly basis, Air Zimbabwe also previously offered flights from the UK to Victoria Falls on a charter basis for a tour operator. The carrier would once again be open to exploring such arrangements, according to Mukarkate, noting that this operation was what pre-empted the latest infrastructure investment at Victoria Falls International Airport.

Air Zimbabwe also plans return its Chinese-built Xian MA60 turboprops to regular service next month and received board approval in the last week to use the aircraft to further expand its domestic network with links from Harare and Victoria Falls to Kariba.  The airline acquired three examples of the 60-seat turboprop in the mid-2000s but its remaining two units have seen limited operation this decade since the third was written-off after striking warthogs on Harare International Airport runway in 2009.

According to Mukarkate the MA60s were last used during the United Nations World Tourism Organisation (UNWTO) general assembly in August 2003 which was co-hosted by Zimbabwe and Zambia in Victoria Falls and Livingstone, respectively.

The details of Air Zimbabwe’s plans come at a time it is preparing itself for additional competition. Just days ahead of Routes Africa start-up flyAfrica.com confirmed it would launch operations in July 2014, initially offering three flights per week between Johannesburg and Victoria Falls. “We are prepared for new arrivals in Zimbabwe,” said Mukarkate. “It is nothing new. We already have competition from South African Airways, Comair, Airlink and others.” 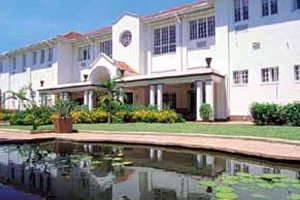