Did White Rhino Ever Occur in the Zambezi Valley ? 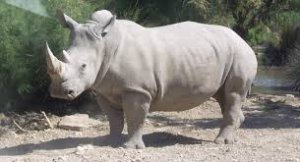 “Did white rhino ever occur in the Zambezi Valley? They were also thought to have been present in the Chizarira area too. Interesting thought. Herewith an early reference to this by the late Robin Hughes (Ranger-in-Charge of Chewore, 1968-70):

For many years there were rumours prevalent that there are white, or square-lipped, rhino in the Chewore area and some early hunters said they had actually seen them! Before many of the people living in the Valley floor were moved in the 50s many of these local people said that there were two distinct types of rhino present. One was called ‘Kajamtawa’, the other ‘Mafura’. Kajamtawa was the normal black rhino normally associated with the jesse type thickets of the valley and could be seen in the north of the area along the Zambezi, Chewore and Mwanja rivers and in the south along the Angwa and Mkanga rivers. It takes its name from its liking for the Mutawa shrub – also a favourite elephant delicacy. Mafura (the grazer – from the Shona Kufura – to graze) was the one found in the more open grass country in the centre of the Valley on the sandstone and gusu plateaus, west of the Nyambota mountains. The locals said that this animal was much larger and had a much larger, wider mouth. The late, great Warden Rupert Fothergill apparently paid a visit to the area many years ago in an attempt to locate the ‘white rhino’ with little luck – but having examined dung samples from Mafura found they had approximately 75% grass content thus indicating that this animal is definitely a grazer by preference.”

Thank you to Mark Brightman for this article. 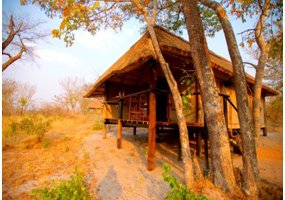