Second Bridge over Zambezi under construction

Construction of the second bridge over the Zambezi River linking the Mozambican city of Tete to the Moatize district, is due to be concluded before next September, the deadline set out in the tender contract, said the project’s director, Mateus Jackson.

According to daily newspaper Notícias, he said that finishing work was underway including assembling guard rails, electrification and improving the road surface, “and so everything points to the work being finished before the deadline.”

The new bridge over the Zambezi River in the city of Tete, which started being built in April 2011, is located about 5 kilometres downstream of the current Samora Machel Bridge. The new bridge is 715 meters long and 14.8 metres wide.

The project was awarded to the Estradas do Zambeze consortium, which is made up of Portuguese companies Mota-Engil Engenharia e Construções, Soares da Costa Construções and Opway.

A few days ago, Soares da Costa Concessões, SGPS, a subsidiary of Portuguese group Soares da Costa sold the stake it owned in the Estradas do Zambeze concession company and in its operator.

The bridge project costs 105.2 million euros, which as well as the bridge itself includes repairing around 160 kilometres of the road that links the city of Tete to the borders with Zimbabwe and Malawi. 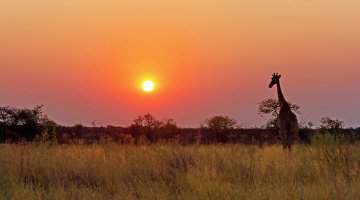