The Zambezi waterfront and tourism park project has been reassigned to the Ministry of Environment and Tourism to be run by Namibia Wildlife Resorts (NWR).

The project which was started by government in 2005 initially resorted under the Ministry of Finance. It has so far cost government over N$150 million two develop the first two phases of the project, which would require a further injection of over N$70 million to be completed. Speaking at the handover ceremony in Katima Mulilo on Monday, Finance Minister Saara Kuugongelwa Amadhila noted that government made a deliberate attempt aimed at empowering locals by involving them in the development of the project, a step that has resulted in the delays experienced so far. “We decided to follow an unconventional approach to the development of the project and that is to optimise the participation of residents in the project. We did not want to take a big experienced company to implement the project, which could have completed the project in a period of two years. Instead we decided to directly contract SME’s with skills so that they can benefit,” Amadhila said.

According to her the completion of the two phases will ease matters for NWR, since most of the core infrastructure is already in place. “With those two phases completed and given the fact that our colleagues from the tourism sector are on board, we are more than ready to get started with business at this facility. I am hoping that with this infrastructure, the people of this region will embrace the opportunities to better their livelihoods,” said Amadhila. She also revealed that government has made a financial commitment for the next two years for the successful completion of the project. “There are some remaining components still to be implemented. This financial year there is about N$30 million provided by the Ministry of Environment and Tourism and for the next financial year there is N$40 million. The funds will go towards the development of conference facilities, storage facilities as well as laundry facilities.”

Speaking at the same occasion, Deputy Minister of Environment and Tourism, Pohamba Shifeta, appealed to NWR to take prudent measures before incorporating the project in its business plan. He also cautioned that the project should not follow in the habit of many state-owned enterprises that continue to drain government coffers. “We hope that this project will become an important tourism attraction. It would be pleasing if NWR takes the necessary steps to assess the current situation of the project and put in place a strategic business plan. This project should be self-sustaining and should not become one of those projects that financially burden the government.” The Zambezi waterfront tourism park which sits on an elevated stretch of land measuring about 22 hectares on the banks of the Zambezi River is largely a hospitality entity, but would also comprise community tourism activities such wood carving, weaving and basketry. It is strategically located in the town of Katima Mulilo, which borders Angola, Zambia, Zimbabwe and Botswana – which together make up the Kavango Zambezi Trans-frontier Conservation Area (KAZA). Among some of the completed infrastructure is the information centre and bungalows that already accommodate guests and camping facilities among others.

From : Newera
By George Sanzila 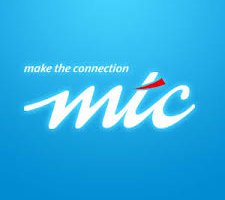