The Zambezi Region has received an  ambulance boat, the first of its kind in Namibia.

The custom-made boat, replete with beds for patients and other health essentials, cost government over N$1 million to modify. The boat can transport patients in emergency situations.

The region received the ambulance boat from the Minister of Health and Social Services, Dr Richard Kamwi, last week Friday.

In addition, two more hoover craft worth more than N$2 million were handed to the region to help with general transport in the flood-prone areas of Zambezi, especially in shallow waters.

Speaking at the handover ceremony, Kamwi said delays in providing ambulance services to patients in flood-prone areas would be a thing of the past, maintaining that the health ministry would continue to improve its infrastructure to be able to offer better services. “Delays in getting ambulance services from the district hospital in cases of emergencies shall be a thing of the past. It [the craft] will help carry our patients for referral to Katima even in shallow waters. The ministry has worked very hard to ensure that the Schuckmannsburg PHC clinic was upgraded in 2012 and now Impalila Island clinic’s upgrading is almost 100 percent complete,” said Kamwi.

According to Kamwi, other health outreach services could also be boosted by the procurement of the boats. “It is hoped that apart from patient referral most of the health programmes of immunisation, malaria and health promotion on HIV and AIDS issues shall be well executed,” said Kamwi.

The provision of the craft is a welcome shot in the arm for the communities in the eastern floodplains of Zambezi, where access to health services is severely limited particularly because of flooding that occurs annually and cuts off the communities from mainstream services.

The only clinics in the flood-prone areas are found at places such as Schuckmannsburg, Impalila, Mbalasinte and Itomba. What further exacerbates matters is that the areas, estimated to hold well over 10 000 people, are sparsely populated. The distance to clinics can be as far as 10 kilometres in some areas. 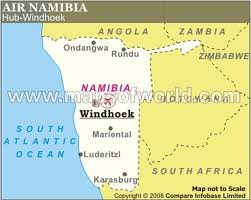