Minor Hotel Group (MHG), operator of over 100 hotels, resorts and serviced suites in 14 countries across Asia Pacific, the Middle East, Africa and the Indian Ocean, has announced the addition of three properties in Mozambique to its portfolio and a 25 per cent  equity investment in the properties. They will be reflagged to MHG’s Anantara and AVANI brands later this year and take the total number of MHG properties in operation to 108 and the total number of rooms to over 13,000.

Dillip Rajakarier, CEO of Minor Hotel Group, commented, “This latest investment in three hotels in Mozambique demonstrates Minor Hotel Group’s commitment to the country’s growing tourism sector and more widely to the overall African tourism market. We are actively exploring other opportunities to expand our footprint in Africa through the expansion of all our brands and are very excited about these latest additions to our portfolio in Mozambique.”

This investment is part of MHG’s strategy to expand its footprint globally and increase the group’s presence in Mozambique, which represents a continued investment in the long term strategic partnership agreement MHG has with Dubai-based Rani Investment LLC. The two organisations formed a joint venture company in August 2013 for the ownership of Indigo Bay Resort & Spa in Mozambique, which was re-branded to Anantara Bazaruto Island Resort & Spa in November.

The three properties are located on the northern coastline of Mozambique, operating as part of the Rani Resorts portfolio. On the mainland, the 185-key Pemba Beach Hotel & Spa will be rebranded to AVANI Pemba Beach Hotel & Spa. Located in the Quirimbas Archipelago, the exclusive boutique island properties – Medjumbe Private Island with 13 chalets and Matemo Island, currently with 24 villas – will both be rebranded to Anantara. Matemo Island is currently closed for an extensive renovation and the addition of more keys. All three properties will be rebranded by the end of 2014.

Salim Bitar, CEO, Rani Investment LLC, added, “The expansion of our relationship with the Minor Hotel Group is a further commitment we are making to Mozambique, and a statement that Rani will continue to play a leading role in the sustainable growth and development of the tourism and hospitality sector in the country.” 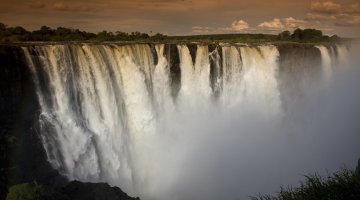