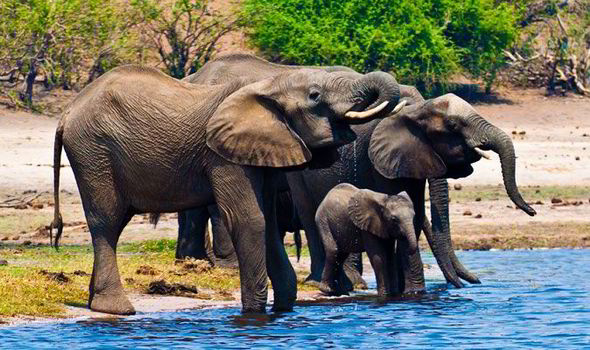 The establishment of community conservancies is the best strategy in fighting wildlife poaching and ensuring that local people had access to their natural resources, says the tourism minister, Walter Mzembi

Mzembi said African countries should come up with strategies that preserved biodiversity and wildlife in the continent considering that the tourism sector is depended on it.

Addressing journalists and ambassadors of various African countries from the region in Harare today, Mzembi said unless African countries revived their national airliners and identified sustainable biodiversity conservation management strategies, the continent risked experiencing an ecological disaster which would see an extinction of wildlife such as elephants and rhinoceros.

Said Mzembi: ”We need unified and global systems to act on the haemorrhaging of Africa’s wildlife resources through new sophisticated illegal poaching tactics by experienced professionals.

“The poisoning of elephants at Hwange National Park using cyanide deserves condemnation of the highest order and the whole world should take action.”

He said addressing poaching from a technical level was not sustainable and called for the engagement of the countries where the poached products had a market.

“There is need to follow up on the markets .We should be following the products to where they are going and in this instance, the middle East and Asia are our primary targets because that is where the ivory and tusks are being sold,” he said.

Mzembi called on African governments to increase monitoring mechanisms towards preventing poaching, based on the current statistics of elephants killed annually.

He said: “Between 35, 000 to 40, 000 elephants are killed every year and the situation in many countries shows that many of the countries are on the brink of wildlife species extinction.

“Professional tactics are now used in poaching. In Sierra Leon, it was confirmed that in 2011, the entire elephant population was wiped out while in Cameroon, 500 elephants in Bouda N’Djida national park were wiped off between January and February 2012.”

Mzembi, who was elected as the chairperson of the United Nations World Tourism Authority Commission for Africa said the proposed theme for the global tourism agenda was “Tourism and biodiversity: Zero tolerance on Poaching in Africa by 2020”. 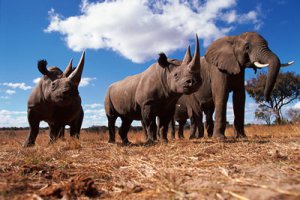 “The thematic global topic was chosen because of its intimacy with most African countries. The slogan aims to keep us together and this was inspired by the heinous acts of poaching in the region,” he said.

He cited the Zimbabwean example where the country had adopted a tactical response towards poaching, but said this approach had failed to contain the matter hence the need to come up with community wildlife conservancies.

“As long as the community feels that they are not part of wildlife conservation in their areas of residence, they will not be motivated to fight for the protection of the wildlife,” said Mzembi.

“The creation of local mechanisms that ensure that local people have access to their own wildlife resources has the potential to see the birth of a number of thriving community based enterprises. It will motivate the communities to fight tooth and nail to protect their wildlife.”

He said when managed correctly and given the right support, the conservancies would provide infrastructure and personnel for community oriented anti poaching operations whose interventions collapsed due to the underfunding of the Communal Areas Management Program For Indigenous Resources in Zimbabwe.

“The communities have the potential to perform the duties of the community law enforcement agents and protect the wildlife efficiently.”

In Zimbabwe, more than 300 elephants and other animals were last year poisoned by poachers in Hwange national park.

Zimbabwe boosts of one of Africa’s biggest elephant herd estimated at more than 120, 000 elephants.

The international trade in ivory, with rare exceptions, has been outlawed since 1989 after the population of African elephants dropped.

According to the Elephant Action League, elephants in North Africa were at 27 million at the beginning of the 21st century, and the figure depleted to between 400 to 500, 000 by 1998.

Wildlife experts estimate that the illegal international ivory trade is worth up to $10 billion annually. 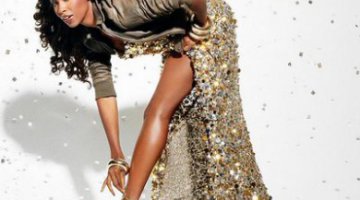