The Zimbabwean tourism trade is confident that the country’s co-hosting the 20th session of the United Nations World Tourism Organisation (UNWTO) has helped change perceptions about the country and is expected to result in increased arrivals.

Both Williamson and Mambinge argue that hosting the event helped change the mind-set of international travellers. “Coming to Zimbabwe was an eye-opener for a lot of the international delegates at UNWTO,” says Mambinge, adding that it was an opportunity for these delegates to see a different side of the country to that occasional reported in the international media.

Ross Kennedy, CEO at Africa Albida Tourism, points out that it is difficult to connect growth in arrivals specifically to the hosting of the UNWTO. However, he says the event had a positive influence on source markets and has helped grow interest in Zimbabwe.

While Kennedy believes hosting the UNWTO has contributed to increased arrivals, he says it is one of multiple factors currently in play. They include increased marketing activity from the private sector in source markets; an increase in international airlines flying to Zimbabwe; and continued investment in existing tourism products as well as new investments in the tourism and hospitality sector.

Kennedy and Mambinge say collaboration between the Zimbabwe Tourism Authority and the private sector on marketing has also had an encouraging effect on tourism. 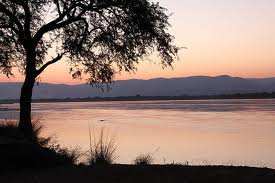