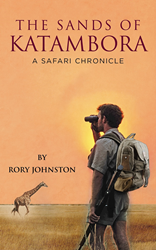 Rory Johnston, a Houston, Texas-based author who enjoys writing about love and family relationships, has just released his latest book. Titled “The Sands of Katambora,” it tells a compelling and fascinating story of love, betrayal and conflict combined with the importance of promoting conservation and the preservation of wildlife.

The book, which is the first of a trilogy, features a protagonist named Colin Somerset and the challenges he faced when transforming his family’s hunting safaris to photographic safaris. Johnston, who has spent a great deal of time in Africa, based his newest book on his own experiences in the 1960’s in the Zambezi Valley, which is located in Central Africa. As a result of his extensive travels throughout the wild spaces of the region, Johnston is able to expertly and accurately weave serious issues like poaching and conserving the region’s delicate ecosystem with Colin’s personal relationships and adoration for a River God named Nyaminyami—a dragon-like creature with a snake torso and head shaped like a fish.

As he gains power within his family, Colin becomes increasingly concerned with the long-term effects of hunting safaris on the wildlife, people and land. This inspires him to convert the family business to one that focuses on more conservation-friendly photographic safaris. Along the way, Colin deals with a great deal of opposition and resistance from those who are closest to him. Under Nyaminyami’s spell, Colin’s commitment to his beliefs is solid and unwavering.

As Johnston explained, he has been fascinated by the African landscape, peoples and wildlife since he first accompanied his parents on safaris to some of the most remote areas of the continent.

Amazon.com, which features Johnston’s new book, describes “The Sands of Katambora” as a “sentimental story about overcoming obstacles and pursuing a greater good.”

“It will touch your heart, excite your senses, and open your eyes not only to the beauty of the African landscape, but also to the ways wildlife and wild spaces are affected by human behavior,” the description noted, adding that through his writing, Johnston strives to help other people learn about, explore and appreciate the beauty of Africa, just as he has.

“A tale that could only be told by someone so familiar with Africa, and so invested in its past, present, and future, it showcases an exquisite landscape and ecosystem that hangs in a delicate balance.”

Anybody who would like to learn more about Johnston is welcome to visit his website at any time; there they can read about the author as well as his newest book.

Rory Johnston has planned and led expeditions throughout Africa his entire life. He recently released a new book that is a must-read for anyone dreaming of an African safari. “The Sands of Katambora” tells a compelling love story with a timeless message about conserving the world’s wildlife and wild spaces. For more information, please visit Rory Johnston 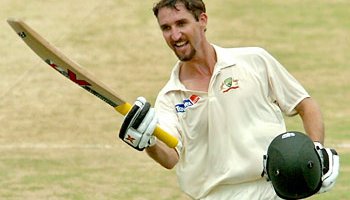 Jason Gillespie who visited the Victoria Falls recently had the following to say about the current aussie cricket tour to zimbabwe..