What makes a great national park, as opposed to merely a good one? For me it’s about three facets: diverse and plentiful wildlife, spectacular scenery, and a moderate number of tourists to share them with. So there are other criteria (ease of travel, lack of bitey, stingy things that give you bizarre and scary diseases, climate etc.), but if the wildlife, settings and solitude are there, it’s likely the park is a winner.

Recently I found a national park that excels in all three. The Lower Zambezi in South-Eastern Zambia lies directly opposite its well-known neighbour, Zimbabwe’s Mana Pools. The park consists of over 4000km2 of wilderness and there is a rawness and beauty to it which I haven’t experienced anywhere in Southern Africa.

It was only declared a national park in 1983 (before then the area belonged to Zambia’s president). This goes some way to explaining the giant populations of large mammals, including elephants, lions, buffalo and leopards. The Zambezi, as we all know, isn’t short of a crocodile or hippo, too. And whilst I can’t claim to be the most avid birder (unless it’s a chicken or turkey with all the trimmings), the mix of ground hornbills, rollers and eagles even had me salivating (despite my knife and fork being replaced by a camera).

So we have the animals. Next up: scenery. The Lower Zambezi is simply jaw-droppingly gorgeous. Its furry, leathery and feathered inhabitants are all housed in the most spectacular amphitheater imaginable. Think mopane forest that hugs meandering river systems, which spill into the Zambezi. Think palm trees, baobabs, acacias, and Machiavellian strangler figs. Think mountains, wetlands and valleys. You get the picture.

And finally: people. Nothing spoils the magic of encountering the remnants of a lion kill, like carloads of yabbering camera-clicking tourists (unless it’s me of course). The Lower Zambezi is wonderfully unspoilt, untamed and refreshingly untouristy. In fact, there are no tarred roads and you are unlikely to encounter another vehicle on your game drives.

During my time in the Lower Zambezi, I stayed at Baines River Camp. This beautifully appointed lodge nestles imperiously on the banks of the Zambezi and each suite has a veranda overlooking the Zambezi, close enough to eyeball hippos over a sundowner. Activities on offer include fantastic kayaking tours and river cruises, tiger fishing, and of course game drives. Head guide Leonard has to be one of the best in the business. And after you’ve had a hard day checking out the ellies, you can head back to the lodge for an in-room spa treatment, or relax in the outdoor pool. Not bad given the lodge’s remote location.

The camp and owners also excel in their conservation work. The Featherby’s are doing huge amounts for indigenous communities and the region’s wildlife, working tirelessly with local foundation Conservation Lower Zambezi (CLZ). During our stay, I was fortunate enough to join Tim and CLZ to document the darting of a baby elephant, to remove a snare from its hind leg. Despite a few hairy situations (forget the good intentions, herds of ellies don’t take kindly to being shot at with a tranquilser dart, the operation was a great success. The calf is doing well and has no long lasting damage to its leg. Since my visit, Tim and the guys at CLZ have repeated the operation on two more elephants and a lion.

The final string to Baine’s bow is their elephant workshops, run by Johan Marais, wildlife veterinarian and author of Great Tuskers of Africa and In Search of Africa’s Great Tuskers. The workshops offer fascinating insights into the giant pachyderms, including their complex social structures, behavioural patterns, genetics, means of communication and importance to wildlife areas. He also explores the long-term, devastating effects of the ivory trade on African heritage.

I may be cynical, but these days too many lodges position themselves as ‘eco’ or play up their work for conservation to put bums in beds. It’s great to visit a lodge that actually practices what it preaches.

Next post Victoria Falls and Chobe River: The Ideal Combination 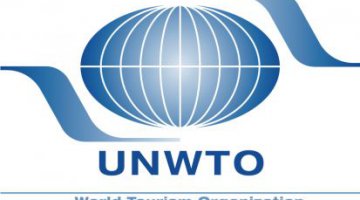