The desert elephants of Namibia’s Kunene Region are a distinctive population adapted to life in an extremely arid environment. They are one of only two populations of “desert” elephants in the world (the other is in Mali, North Africa) and have a number of notable physical and behavioral differences. There has been some speculation that desert elephants are a separate subspecies, but the movement of bull elephants between savannah areas like Etosha, and the desert, suggests that there is sufficient genetic exchange that they are not a unique subspecies. However, Namibia’s desert elephants are unusual in some of their learned behaviors, such as long-distance migration, that allow them to survive in this difficult environment.

Desert elephants are approximately the same body size as savannah elephants, although their bodies may appear less bulky, probably from a lower food intake. Their feet appear to be wider, probably as a result of walking long distances on sand, which causes the footpads to be splayed out.

A full-grown male (bull) elephant can weigh up to 6 tons (~6000 kg) and be 4m high at the shoulder. Females are usually a little more than half that weight.
Elephants eat almost any vegetation, including grasses, herbs, shrubs, leaves, bark, seeds, and fruit. Adult bulls can consume 250kg daily, although females eat less than that. During the wet season they prefer green shoots and buds, but in the dry season desert elephants will eat camelthorn (Acacia erioloba), mopane (Colophospermum mopane), and Ana trees and seedpods (Faidherbia albida).
Elephants prefer to drink daily, but can go up to three days without water if necessary. Bulls will drink up to 160 liters per day. Water, dust, and especially mud are sought out for bathing and coating the skin against sun and biting insects.

Elephants communicate with each other using scent, touch, and a variety of sounds, including low frequency rumbles (below the level of human hearing) that can travel 5-10km or more.
An older female (cow) leads the family and is called the matriarch. Family groups are usually related, and include the matriarch, her sisters, daughters, and their young. Related family groups are called “bond groups” or “kin groups,” and groups that share the same seasonal habitat are known as clans. Being the oldest, the matriarch has the longest memory and knowledge of water sources, seasonal foods, and migration routes to help her family survive.

Male offspring leave the family group at puberty, usually around 12-14 years old, and often form loose bachelor herds. The young males may attach themselves to older dominant bulls that act as “mentors,” guiding the younger ones through their teens and twenties.

Males undergo periods of heightened sexual condition called musth, when they become restless and more aggressive in their pursuit of estrous females. At this point bulls may clash and even fight, but will resume more tolerant relations once the musth period is over.

Females usually produce their first offspring around 10-12 years of age, after a 22-month gestation period. Calves depend on their mother’s milk until the age of two, but most will suckle until the birth of the next calf, usually at 3-4 years. In the desert population we have observed calves as old as 6 years still suckling.

In the northern Kunene Region, where rainfall averages less than 100mm annually, desert elephants will migrate long distances in search of food and water. For example, some of the elephants of the Hoarusib River migrate to the Hoanib River, over 70 km distant, to feed on the seedpods of the Ana trees (Faidherbia albida) when they are ripe. (Ana trees are found in the Hoarusib River, but are not as large or as numerous as in the Hoanib River). Typically the elephants will drink and eat constantly for a couple of days, then make the long journey across the barren gravel plains in one long push, usually at night when the temperature is cooler.

Historically, elephants even migrated hundreds of kilometers from the Kunene River on the Angolan border, to the Hoarusib River. (P. Viljoen, who studied the elephants of Namibia’s northwest in 1981-82, documented this migration.) The Kunene River elephants were poached out at the end of the Angolan War, thus bringing a tragic end to this spectacular long-distance migration.

From satellite radio collar data, Keith Leggett found that adult bull elephants in the northern Kunene roam over very large distances. One collared bull (WKM-10) covered an area from Skeleton Coast Park in the west, to Etosha National Park in the east, over the course of a few months. Female desert elephants on the other hand, have smaller and somewhat more predictable movement patterns, tending to stay in or near the ephemeral rivers where water and forage are more readily available. Leggett also observed that there are some elephant family groups that remain in the Hoarusib River, one family group that remains in the Hoanib River, and a couple of families that migrate back and forth between the two rivers.

The desert elephants also make excursions into the low mountains, following traditional paths that are quite narrow and precipitous. They go in search of Commiphora, small bushes that are fragrant with resin, and known more commonly as myrrh. Elephants will go to great lengths to locate, uproot and eat entire plants, presumably because of the sweet taste, or possibly for medicinal purposes. 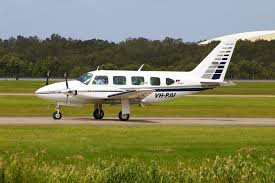