The train on the Victoria Falls Bridge

A longing for new experiences, a need to slow down and a desire to combine personal interests with holiday activities are some of the elements driving the popularity of art safaris.

Alison Nicholls of Art Inspired by Africa says art safaris are a niche market that is expected to grow. “In this fast-paced world, many people want to slow down and relax,” says Nicholls, explaining that art safaris fulfil this desire.

“Travellers these days are looking for holidays and adventures that are over and above the norm,” says Beth Brewer co-owner of Specialist Safaris. “Most of them have already been on a traditional African safari and are now looking for something extra,” she says. Brewer argues that combining travellers’ individual interests with a safari excites them and motivates them to return.

Heidi Ashford of Art Safari & Close Encounters Africa says wildlife documentaries filmed in some destinations have also increased demand. “There is also a resurgence in painting ‘plein air’(in the open air),” she says.

According to Nicholls, art safaris allow guests to create their own artistic record of their safari. “We sit and watch the animals for lengthy periods of time, so guests gain a deeper understanding of the wildlife and life in the bush,” she adds.

Africa is popular with people wanting to paint big game, says Ashford. Brewer adds that Africa’s landscape lends itself to art safaris. “In Zimbabwe, Victoria Falls with the play of light in the spray of the Falls and the structure of the bridge is a great subject.  Mana Pools with its beautiful Acacias, river vista and varied wildlife is also a popular venue.”

Furthermore, Brewer says, there are many talented wildlife artists in Southern Africa and some travellers choose their safari based on the artist who has inspired them. 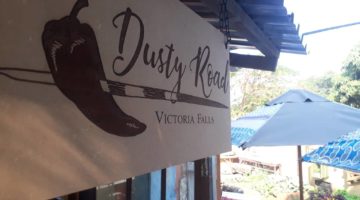