Descent into the Boiling Pot.. 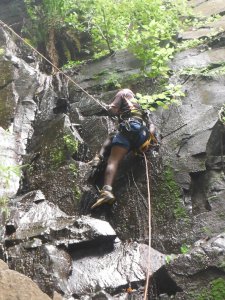 Slippery Descent down the Gorge

Vic Falls Bungee crew were approached by a member of the Livingstone community to assist in the search for a missing person at the base of the Victoria Falls . The individual had apparently gone missing on Saturday 25th January but was still not found as of 12 February.
The team, Hosiah Mudzingwa, Harrison Mumbi, and Garth Fowler descended the gorge through the Zambian Falls Park. Over 130m of rope were needed to safely descend the gorge as in many places the team faced drops of up to 30m. This coupled with very dense vegetation, an abundance of moisture and very loose soil and rock, made for a very interesting day.
Once at the base, the area was surveyed as much as possible, but due to the immense amounts of water coming over the falls, visibility was limited. No signs of the missing person were found. Some debris including plastic containers, and a hockey ball were however recovered. 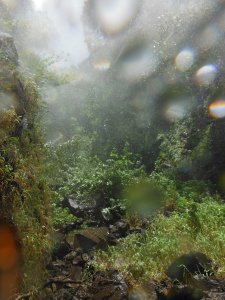 Looking up from the base

The climb out took over 3 hours and posed numerous challenges, but with the use of climbing ascenders the team managed without incident. All in all, a worthwhile outing, and one that very few people have the chance to experience. 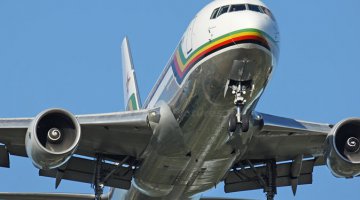