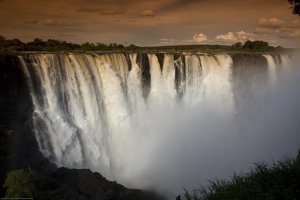 “The initiative to extend the Tourism Rebate Regulation, gives the Zimbabwean tourism industry a significant injection of momentum and support; for which the industry is extremely grateful.”

Victoria Falls Safari Lodge turns 20 at the end of 2014. What have been the greatest successes throughout the 20 years of operation?
The greatest success of what is about to be 20 years of operation, is certainly the constant international awards and recognition that we have received from across the spectrum of the travel industry.
The Conde’ Nast Annual Readers’ Choice Awards Gold list which records their top 100 properties in different market segments around the world, has seen us placed for the last 3 years in their Top 25 Resorts and Safari Camps in Africa. On that same list, we are proud to have been aligned with many world renowned properties such as Singita, Londolozi Game Reserve and many of the top camps and lodges in neighboring African countries, who feature on the same Gold list.
In addition of course, we place very highly the awards and accolades that we are awarded by our Zimbabwean travel partners. For the last 18 years, Victoria Falls Safari Lodge has been privileged to have been recognized by the Association of Zimbabwe Travel Agents awards (AZTA) as the Best Safari Lodge, for which we are extremely proud.
Success does not only come in the form of awards and accolades of course. Our business is about people and about relationships. It is significant that we have a number of staff who have already received 20 Year Service awards, as will a few more come our 20th Anniversary Birthday Celebrations in December of this year.
In similar vein, Africa Albida Tourism could not have reached this point, without the robust and dependable relationships we enjoy with partners in the travel trade. We are indeed fortunate (although we work very hard at it) to have a number of valued relationships that have lasted throughout the past 20 years with key tourism partners and travel operators, across the globe – relationships that helped us through the very difficult period of 2000 to 2011.
Of course the final part of success is the actual return on investment of the business itself. We can look back with pride at what we have created and the success that we have enjoyed over these years.

Why would you encourage visitors to travel during the Green Season?
There are a number of factors that make Green Season travel exceptional in different ways in comparison to the rest of the year.
First and foremost of course in many people’s minds will be price! Green Season rates for flights, accommodation and activities for example, can be anything from 20-40% lower than high season rates.
In addition, for those who prefer to travel in quieter times, with less pressure at airports, on airlines, with quieter hotels, lodges and activities, this is obviously the time to travel!
The Victoria Falls and the surrounding environment itself, is completely different in terms of experience in high and low water levels. Given that the river is vastly higher throughout much of the Green Season, viewing the Falls can quite literally be a very ‘refreshing experience’ compared to that of the low volume water levels in the High season. Secondly, the bush and wildlife experiences in the region are markedly different in the Green Season; although game tends to disperse, the rains heralds the birth of  many young antelope as well as the arrival of migrant birds from the Northern hemisphere. It can be a very rewarding wildlife viewing experience.
Green season in Victoria Falls largely covers the period from mid January to June with Victoria Falls itself being in full flood in April and May traditionally.
The converse is that November, which is low water but before the early rains have brought about the famed lushness of the Green Season, shows off the Zambezi and the Victoria Falls at very, very low water levels and thus offers a completely different experience.

The Tourism Rebate Extension was announced  in the 2014 national budget in December 2013. What does this mean for the tourism industry?
The extension of the Tourism Rebate Regulation, applies to the import of capital goods for tourism projects and is a significant incentive for those involved in tourism to take the opportunity to upgrade and refurbish their products, properties and associated projects.
This is a very positive and welcome initiative by our Minister of Tourism, the Right Honorable Walter Mzembi, working hand-in-hand with the Minister of Finance, the Right Honorable Patrick Chinamasa.
The initiative to extend the Tourism Rebate Regulation, gives the Zimbabwean tourism industry a significant injection of momentum and support; for which the industry is extremely grateful. 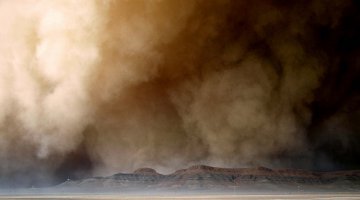