Pirate Wedding on the Zambezi 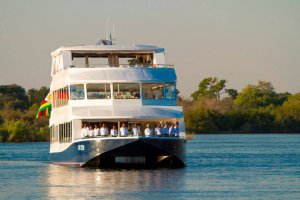 Just as from a movie plot, the Zambezi Explorer found itself stunned yet again this time around not by a Beast but by Pirates…but much to everyone’s relief the pirates were neither amputees nor were they one eyed.

Hoisting themselves to the third deck of the Zambezi Explorer the pirates perched on the signature deck in wait for the bride and groom who soon appeared and exchanged vows in the most loving manner in a Caribbean style under a rain laden Zambezi sky. Undoubtedly this was a blessed wedding.

Thereafter the boat rolled down the graceful Zambezi river and its islands and much to everyone’s excitement the dreaded clouds gave way to a clear sky. Still in their  best spirits the wedding attendees moved down to a carnival corner on the middle deck for goofy moments in  carnival apparel then proceeded to the bottom deck to indulge in a much awaited wedding dinner.

Mozzarella and grilled cherry tomatoes with Olive Tapenade were highlights of the menu along with mini Pavlova with strawberry coulI and it seems the chef did a good job because even the pirates were fixed to their seats right through meal.

As with all good liquor the Blue Labels and Martinis yielded their effects as guests hopped up to the luxury deck for some wild wedding party under shining disco lights ….and need I say more the night unfolded.

Not too sure when everyone remembered their homes but all that can be remembered is that the Zambezi Explorer the river and its entire species witnessed just one wedding and a half.

Tags: wedding on the zambezizambezi explorer 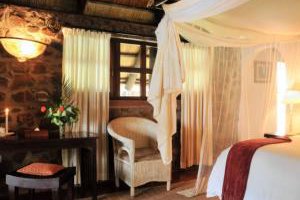 The Silence is a Rush