Luke Steyn Gives Zimbabwe Someone to Cheer for in Winter Olympics 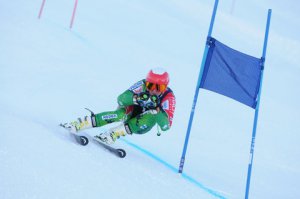 From Luke Steyn Luke Steyn, who will compete in the slalom events in Sochi.

In this week’s One-Page Magazine, I make note of Luke Steyn, an Alpine skier who will become the first athlete ever to represent the tropical African nation of Zimbabwe in the Winter Olympics next month in Sochi, Russia. In an email exchange over the holidays, Steyn said he knew that his nationality will make him something of a curiosity among competitors and the media.

Steyn was born in Harare, the nation’s capital, but his family moved to Switzerland when he was 2. His father is in the mining industry, which then took them to France and, eventually, London. Steyn, who is 20, continued with European skiing academies and wound up at the University of Colorado. He said he was taking a year off to focus on skiing.

The thing I was most curious to learn was how strong a bond Steyn has with his homeland. I was wary of making a big deal about him if he were basically European at heart, an ex-pat with no real feel for a country in which he never really lived. But he quickly dispelled that notion, saying that he frequently visits Africa and does what he can to keep up with the goings on.

“Though I have moved from Zimbabwe, I still feel very much connected to it,” he wrote to me. “As they say, it’s in your blood, and I hope to live and work in Africa again one day.”

Though the people in Zimbabwe generally have little expertise in winter sports, Steyn told me that they have a competitive nature and that he knows that the eyes of a nation will be on him next month. In the end, it almost doesn’t even matter how he fares: creating hometown heroes is a tradition as old as the Olympics themselves.

“Any support from my fellow Zimbabweans is much appreciated,” he wrote. “To be part of Zimbabwe’s history will be something rather special. At the moment I am the only one competing for Zim, but you never know, there could be another surprise on the way!” 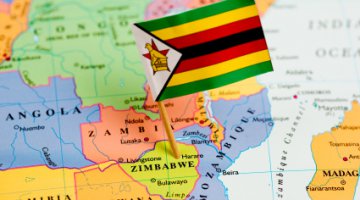