Zimbabwe’s leading amateur golfer Scott Vincent is expected to carry the country’s hopes at the World Amateur Team Golf Championship to be held in Japan next year.

Also known as the Eisenhower Trophy, the competition is a biennial amateur team golf championships which are organised by the International Golf Federation (IGF) will be held from September 3 to 14 in the Japanese City of Karuizawa.

Vincent, who is currently Africa’s highest-ranked amateur on the official World Golf Rankings, has emerged a frontrunner for the tournament after storming into the top 20 of the official World Golf Rankings. The 21-year-old rising star, who is on a golf scholarship at Virginia Tech University, has had an impressive season on the US Collegiate golf circuit and is expected to lead a four-member Zimbabwe team in Japan.

Last year Vincent, 32nd individually, while leading Zimbabwe to a 17th-place finish at the World Amateur Team Championship in Antalya, Turkey — the nation’s best result in the international event.

US-based amateur golfers Sean Crocker, who recently signed for the University of Southern California, Benjamin Follet-Smith, Ray Badenhorst and Thembelani Vundla also have a strong chance of making the team.

Meanwhile, Zimbabwe’s number one professional golfer Brendon de Jonge will make his debut at the prestigious US Masters in April after being confirmed in the star-studded field by the organisers yesterday.

Next year’s edition of the US Masters will be played from April 10-13 at Augusta National Golf Club in Georgia.

Having failed to meet the qualifying standards for the Masters since turning professional in 2009 de Jonge finally made the cut this year after enjoying a successful season on the PGA Tour.

The burly golfer qualified for the Masters by virtue of qualifying for the season-ending Tour Championship in September. 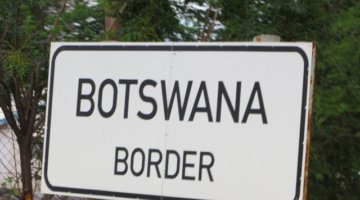