Hotel group African Sun is seeking to reduce its short-term debt through a combination of initiatives which will include the sale of the remaining 16 percent stake in Dawn Properties and a US$6 million rights offer. Presenting the company’s results yesterday, chief executive Dr Shingi Munyeza, highlighted that the company expects to significantly reduce the short-term debt through the sale of the remaining 16,54 percent shares held in Dawn Properties at the same terms and conditions as the first sale of the 12 percent and a rights offer, among other initiatives.

The rights offer is expected to raise US$6 million. Commitment to underwrite the rights offer has already been secured from major shareholders of the company. The goal will be to reduce gearing from the current 51 percent to a long-term target of 30 percent.

The reduction of the short-term debt is expected to boost earnings by saving an estimated US$3 million in finance charges which the company has been paying over the last two financial years.

African Sun, which went through a difficult period as relations deteriorated with its landlord, Dawn Properties, last year, seems to have turned a corner, helped by the restoration of cordial relations between the two parties and an improved operating environment which was topped by the hosting of the United Nations World Tourism Organisation General Assembly in August 2013 in Victoria Falls.

Revenue for the 2013 financial year was up 3,4 percent to US$56,3 million despite a drop in occupancy from 52 percent to 49 percent. The drop in occupancies was largely due to the refurbishment in various properties and the decreased occupancies were mitigated by an increase in the gross margin from 71 percent in 2012 to 73 percent during the year.

Cost to income ratio remained high at 63 percent, marginally down from last year’s 64 percent This is still above management target of 50 percent and with the emergence of a new majority shareholder, cost containment and reduction to set target has now been made a key deliverable and a number of measures are being implemented with expectations of positive results starting in 2014. 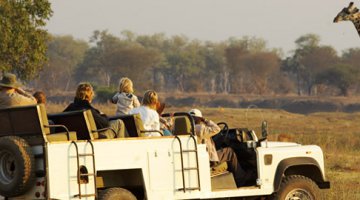