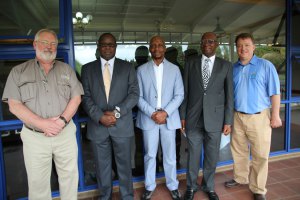 The Annual General Meeting of the Safari Operators Association of Zimbabwe (SOAZ) was held today at the Chapman Golf Club in Harare, Zimbabwe. The Honorable Simon Musanhu, Deputy Minister of Environment, Water and Climate, opened the meeting by thanking the hunting industry for its support and appreciation made in the matter of the cyanide poisoning of the Hwange elephants. The Ministry has a zero-tolerance policy on poaching, and works in partnership with the private sector and hunters to combat this loss of wildlife in Zimbabwe.

During the past season alone, that partnership saw nearly $2 Million spent by the private sector to combat poaching in their own concessions. Around 400 anti-poaching personnel were deployed, and the Deputy Minister commended the serious effort by the private sector to keep wildlife safe. On its part, the Ministry formed The Wildlife Ecological Trust, and enlisted the assistance of a number of corporations to help National Parks with equipment and vehicles in their battle against poachers. The Deputy Minister noted that such cooperation between all players would “produce an excellent result.”

Phil DeLone addressed SOAZ on the work SCI is doing to protect lion hunting in Africa.

The Zimbabwean CAMPFIRE model is a testimony of the commitment by government to ensure communities that live alongside wildlife enjoy maximum value. It is so successful that it has been adopted by several surrounding countries. The Deputy Minister acknowledged the cooperation between associations in sub-Saharan Africa under the auspices of the African Wildlife Consultative Forum and Safari Club International, and called it a “commendable development” that can only serve to “impact positively on the growth of the industry.”

On the matter of lions, Zimbabwe and SCI were both delegates at the recent CITES convention and were successful in fighting an attempt to uplist lions to Appendix I. SCI CEO Phil DeLone addressed the group on SCI’s effort in this matter that includes raising $1.2 Million in 37 minutes at last years’ Convention. Those funds primed the African Lion Defense Fund, and SCI has taken immediate action by funding on-the-ground research and has already lobbied 50 members of the US Congress on the benefits of lion hunting.

Also at the meeting, SOAZ Chairman Emmanuel Fundira announced that he would be leaving the chair because of personal demands, and thanked SCI for its $1,000 donation. In speaking with Fundira after the meeting, he expressed great pride in the cooperation between government, the private sector and Safari Club

International. “You heard it from the Minister himself,” Fundira said. “The Ministry is committed to resolve a number of our standing issues which include the menace of poaching.” Fundira urged consistency in delivery of service and an end to indecision on policy matters, some of which have been in limbo for a number of years. That indecision denies safari operators and local communities from benefiting from conservation.

The Annual General Meeting was followed by a workshop on aging lions in the field. Professional hunters were shown examples of physical characteristics of juvenile and adult male lions, then given a practical exercise using those characteristics and photos of lions of known age.

It has been a quick day and a half in Harare, and Phil DeLone, John Boretsky and I are now headed to Zambia to hear from its Professional Hunters on the status of hunting in their country.–Scott Mayer 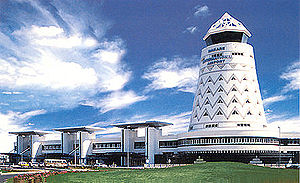