Limpopo-Lipadi is a relatively new private game and wilderness reserve – as recently as 2005 this large area of Botswana’s Tuli Block bush was a mix of hunting and cattle farms. Now that the land is evolving back to its wild roots a number of natural processes are taking place – one being a natural predator-prey balance.

Shareholders of the reserve have for a few years now been reporting a large number of leopard sightings and are curious as to the size of the leopard population and keen to get to know the individual leopards. Considering that the reserve spans over 20 000 hectares with currently only one lodge and only a few game drive vehicles, the volume of sightings is remarkable. The reserve also has a large wild dog population, but no resident lions (although the introduction of lions is on the cards).

This high leopard visibility sparked the interest of some of the shareholders who began a project to learn more about the population of this usually elusive predator. 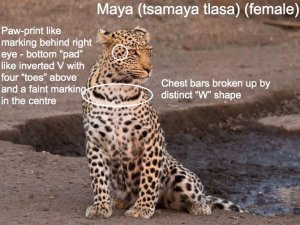 Based on papers and articles found online from similar efforts in South Africa and Sri Lanka, collating identifications from photographic records seemed a viable strategy, and so, in late 2011, we began to ask shareholders visiting the reserve to email us all photographs of leopards they had seen during their visits. These were then painstakingly compared to each other, looking for similarities in the spot and rosette patterns, especially in the mystical area (the zone between the no,sase and lip), around the eyes and on the forehead. Wherever possible we gathered location data and the date and time of the sighting

So far we have positively identified 17 different adult leopards, a very high number considering that virtually all the sightings have so far been confined to about half of the total land area – in the zones more commonly visited during game drives. Alongside these have been three cubs of varying ages. More recently a growing number of shareholders have started using trail cameras during their stays on the reserve. Placed at key locations, like waterholes, these have captured even more images of leopards at times of the day when they would never otherwise be seen. Often motion blur or lack of facial detail prevents us from accurate identification, so we have an increasing pool of “unidentified” images. 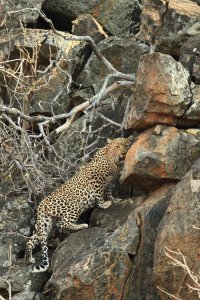 A recent highlight is several fresh sightings of an adult female named Logaga, who had last been seen in the early days of the project in January 2012, before disappearing. Her tracks are now often accompanied by those of cubs. Another female, Maya, first seen in 2011 as she walked underneath the hide where several shareholders were sitting, has also shown up several kilometers south of her previous haunt but with a year-old male cub. Sightings like these are allowing us to build the family tree that will grow in the years to come.

Our famous Sky Diving Leopard is none other than Tlola, a beautiful young female.

The leopard identification project is run by two shareholders who independently verify identifications to aid accuracy. We have set up a Facebook page where shareholders and the public can keep up to date with the latest information and debate IDs of new images. The next phase will see the development of sighting maps for individual animals, which we hope will allow us to see where territory boundaries lie. Opportunities to be involved like this, as a “citizen scientist” on a granular and meaningful level, are part of what makes Limpopo-Lipadi a truly special place. 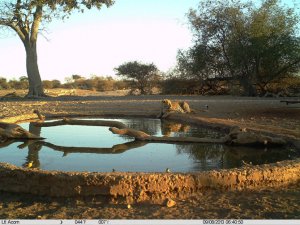 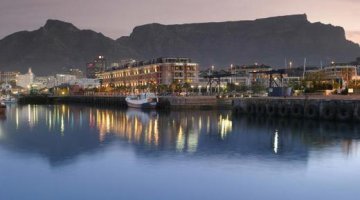