Update on Tourist Who Fell Down the Gorge 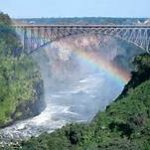 We have had the opportunity to get the latest news from Victoria Falls Bungi regarding the incident whereby a Chinese National fell down the Gorge two days ago.   Wang Shun Xue was taking pictures in the second gorge, against the backdrop of the magnificent Victoria Falls Hotel and Victoria Falls Bridge, when the railing gave way behind him.

“The Clients name was Wang Shun Xue and he was in his mid 30’s and was involved in Kung Fu.

Him and his friend were taking pictures of themselves with the Bridge in the background, when the railing gave way.

His friend managed to maintain his balance, but Wang Shun Xue was not so lucky, and fell 15m down the cliff face, where he managed, by a stoke of luck, to grab hold of a tree and wait until he was rescued.

Vic Falls Bungee were alerted and were at the seen within minutes. A member of crew was lowered to the victim, where he was put into a harness by the crew member (Ng’andu Musako). Using a pulley system, both Ng’andu and Wang Shun were retrieved back to solid ground. 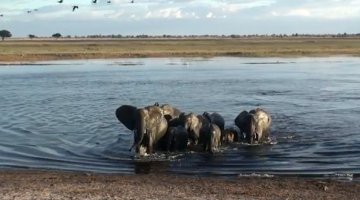 Elephants swimming across the Chobe River