Airlink to fly to Botswana

Airlink will commence operating double daily flights between Johannesburg and Gaborone from 20 January 2014.

With the addition of this route Airlink will now be servicing 3 destinations in Botswana, these include Gaborone, Kasane and Maun.

The Airlink Johannesburg – Gaborone service is targeted at the growing number of corporate travelers looking to visit Botswana on a same day return basis. Gaborone is an important commercial centre within the Southern African region and is also home to SADC.

Flights will operate using one of Airlink’s fleet of 10 highly effective Avro RJ85 83 seat regional jets. For too long the Johannesburg to Gaborone route has featured amongst the most expensive regional routes in Southern Africa and Airlink looks forward to being able to offer more attractive fares and a further choice of carrier to businessman traveling to Botswana.

Additional benefits for Airlink travelers include Voyager miles and high levels of service reliability. The Airports Company of South Africa reflects on its web site that year to date in 2013, on average 91.6% of Airlink’s flights have operated on-time.

Previous post 7 myth busting reasons why you should visit Zimbabwe 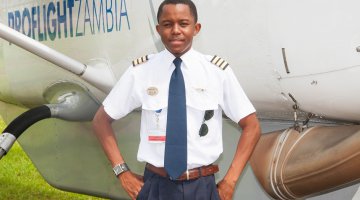