Five more people have been arrested in Zimbabwe in connection with the poisoning of elephants, as part of an ongoing crackdown that followed the deaths of 100 elephants in the Hwange National Park.

The five are reported to have been involved in the cyanide poisoning of 10 elephants in Ngamo Safaris in Lupane. They were arrested along with five other people accused of poaching game at the University of Zimbabwe farm in Harare last week.

This brings to 22 the number of people who have been arrested following the deaths of over 100 elephants in Hwange National Park in August this year. The initial discovery of elephant carcasses in the Park sparked an intensive crackdown on poaching, and a number of suspects have been sentenced to jail time for their alleged involvement in the mass poisoning.

The five latest suspects have been named as William Ncube, Elvis Nkomo, Sikhumbuzo Sibindi, Johannes Mukombwe and Mkhululi Ncube and are all from Lupane.

Meanwhile, two people have also been arrested for the illegal possession of ivory. The two, George Sandinha and James Gurupira, both from Stapleford Farm .were arrested at the Farm while carrying 12 kilograms of ivory valued at $3, 000 which they intended to sell illegally.

According to a statement from the Zimbabwe Parks and Wildlife Authority (ZimParks), the ivory was stashed in a 20 kilogram sack of mealie-meal.

“Investigations reveal that the two bought the ivory at $500 from a supplier in Guruve. The two will appear in court facing charges of contravening the Parks and Wildlife Act. Investigations are continuing,” the ZimParks statement said. 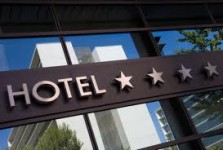