Last week, Safari Club International Foundation held its 12th annual African Wildlife Consultative Forum (AWCF) in Livingstone, Zambia. Conservation leaders attending included wildlife management authorities from the nine African counties of Botswana, Ethiopia, Mozambique, Namibia, South Africa, Swaziland, Tanzania, Zambia and Zimbabwe, as well as representatives from the safari industry, NGO and wildlife science sectors.
The government representatives attending the AWCF delivered this week a letter to the Co-Chairs of the Presidential Task Force on Wildlife Trafficking, U.S. Secretary of the Interior Sally Jewell, U.S. Secretary of State John Kerry and Attorney General Eric Holder. The letter presents their recommendations for the implementation of President Barack Obama’s Executive Order Combatting Wildlife Trafficking.  The letter recommends that the Task Force appoint Safari Club International Foundation to its Advisory Council to act as a liaison for the African governments who are the principle agents for conserving wildlife on their continent.

“It is distressing that Africa’s governments were not included or even consulted on the U.S. government’s new Task Force to stop poaching. This policy decision of the U.S. government directly affects Africa’s communities, wildlife, and economies. To ignore these countries is an obvious misstep that needs to be rectified,” SCI Foundation President Joe Hosmer said.

During the forum, presentations on the global importance of hunting and tourism were made to the AWCF attendees. This spurred great interest on the part of both the African governments and the African professional hunters associations to embark on a socio-economic review of consumptive and non-consumptive tourism in Africa. SCI Foundation will assist in funding and managing this economic review.

The Operators and Professional Hunters Associations of Southern Africa have also sent a letter to the Task Force explaining their integral role in Africa’s wildlife management, and requesting official participation in implementation of the Executive Order. From anti-poaching patrols on land areas that are 22% larger than all the national parks of Africa, to employment opportunities for local individuals, to infrastructure projects that improve the livelihoods of the community where they work and live, the role of the outfitters and professional hunters of the safari business are inextricably linked to the sustainability of Africa’s wildlife.
“The AWCF is successful because it gives African governments, conservation professionals, and professional guides a platform to generate consensus on critical policy issues that are otherwise often made without their input. SCI Foundation is prepared to be the liaison for Africa’s nations, communities, and its future by working directly with the U.S. government to end poaching,” Hosmer concluded.
Letter On Behalf of AWCF Participating Nations: AWCF letter
Letter On Behalf of Operators and Professional Hunters Associations : Letter
Safari Club International Foundation (SCI Foundation) is a 501(c)(3) charitable organization that funds and manages worldwide programs dedicated to wildlife conservation, outdoor education, and humanitarian services. Since 2000, SCIF has provided over $50 million to these causes around the world.  Read more on  Safariclubfoundation 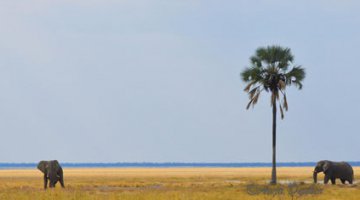