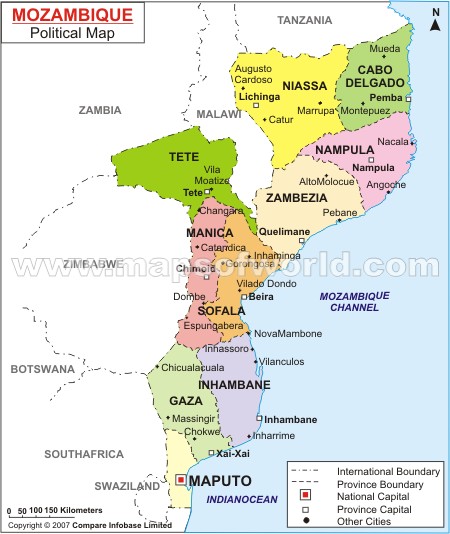 There are many questions being asked right now about the safety of Mozambique.

Should the South Africans cancel their Christmas beach holidays? Should the expats be stocking up with tinned food for the municipal elections coming up, or should they simply evacuate? Should the businessman be investing and should the local Mozambicans be worried about a civil war erupting again?

The first thing worth noting is that Mozambique is a massive country. In fact she boasts over 2000 km of mostly pristine coastline. She can be broken up into 3 regions. 1. The South (Ponta do Ouro – Inhassoro) 2. The central region (The Save river – The Zambezi river,Caia) and 3. The North.(Quilimane – Pemba)

Holiday Makers:
It’s good news for the South African holiday makers – all those popular resort towns right up until Inhassoro have experienced zero political unrest. The reason for this is because the governing party, Frelimo, have huge support in the South. The unrest is mostly happening around the central region which is traditionally Renamo territory. There has been a huge outcry from the lodge owners in the Southern parts of Mozambique who are experiencing a wave of cancellations due to all the media hype in South Africa concerning the safety of Mozambique. Places like Inhambane, Inhassoro, Vilanculos, Xai, Xai, Pomene are far from any political trouble and the lodges are operating as per usual.

Elections:
The municipal elections are on the 20 November 2013. The campaigners are in full swing with vehicles, tuc tucs and bicycles sporting flags, posters and stickers. While the campaign has remained fairly peaceful, Renamo have made a statement that the Rome Peace treaty has expired and that they will not be participating in the elections. They are unhappy with the election process and feel that the ruling Frelimo party have disregarded the agreements made between the 2 groups at the end of the civil war. The Mozambicans in the central region are very anxious about the rising tension. Civilians are strongly opposed to the unrest, with the war still fresh in their memory. Many people believe that both parties have been aggressive in their approach and neither of them seem to be prepared to back down or compromise in an attempt to find solutions. Peace in this region largely relies on whether a solution can be found between Renamo and Frelimo.

Unrest
The unrest has mostly been experienced in the central region of Mozambique, from the Save river to Caia on the Zambezi river. There have also been some reports of unrest around the Nampula area. There are regular attacks on the compulsory army convoy between Muxungue and the Save river on the EN1 road which links the South and the North. Bad news for Zimbos wanting to travel to Inhassoro, it’s not advisable right now. I’d suggest keeping up to date with the situation via Clubofmozambique.com and with the lodges you hope to visit. The road was temporarily closed just recently but seems to have been re-opened. Last week there was also an attack reported on the EN1 close to Inchope. The other area experiencing conflict is the Gorongosa District. There is regular fighting between the military and Renamo soldiers. I have recently interviewed a woman and her family who escaped the fighting by fleeing into the bush and hiding there for 2 days. She says that the entire village has vacated and left all their belongings, livestock and pets unattended. Their children are meant to be writing exams right now but due to the unrest, the schools have been closed. This goes for the Muxungue/Save area too. Children have stopped attending school.

Last week there were a number of soldiers killed as well as civilians from attacks on the road and attacks during a campaign in the Vunduzi area. There is a heavy army/police presence in the Central region.

As an expat here in the central region, we are on high security alert. The atmosphere is tense however we are still using the EN6 (Zimbabwe – Beira) without any problems. If we want to travel to South Africa, we go via Mutare/Beitbridge and avoid the army convoy. 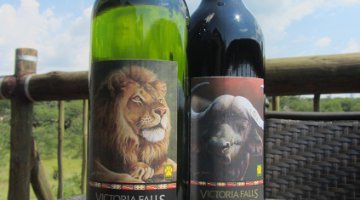