AS Zambia prepares to bid to host the 2019 Africa Cup of Nations (AFCON) tournament, the Patriotic Front (PF) Government is working hard to ensure that internationally acceptable stadia are constructed.

Kambwili believes Zambia has all it takes to host such a high-profile tournament.

He believes construction of stadia in Livingstone and Mongu would be done in record time after completion of the National Heroes Stadium in Lusaka and the already existing Levy Mwanawasa Stadium in Ndola.

The Government intends to build a 30,000-seater stadium in Livingstone and another one to accommodate 20,000 spectators has been earmarked for Mongu where works are also set to start soon.

In Livingstone, the site for the new stadium, which is at the entrance to the tourist capital, is big enough to house not only a football pitch but fields for other sports disciplines as is the case at the Levy Mwanawasa Stadium in Ndola.

Kambwili said the stadium, once completed, would boost tourism and offer recreation to tourists who visit the tourist capital.

He has already ordered for the refurbishment of Maramba Stadium in Livingstone, which is the home of Livingstone Pirates, to be used as a training ground during major international tournaments. The new stadium to be constructed would be the main pitch for international games.

A check by the Times of Zambia at Maramba Stadium recently showed that works had started to improve the grand stand.

Maramba Stadium project architect, Musunka Silungwe said the upgraded facility would have a seating capacity of about 5,000 people. 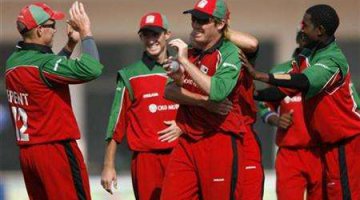