Whilst the Hotel was reopened to the public on the eve of the UNWTO congress in the middle of August this year there have been on-going final touches being made to various areas of the hotel and now with all parts in place the event was a fitting ceremony for what is a delightful property.

The 54 room hotel is categorized as a three star property and priced as such. However on close inspection of the rooms and public facilities as well as a sample of the menus on offer one would be forgiven for placing the property higher on the rankings especially when compared to other properties in the region.

The rooms are modern and functional with excellent amenities. The public areas that centralize around the famous Sprayview pool area have been given a jaunty cruise ship style or feel. The flagship is the Carlos restaurant with a broad selection of meals on offer. The name “Carlos” is inherited from the actual owners of the property ( Carlos Gardini ) who built the original Sprayview back in the 1960’s.

The hotel is situated at the top of the hill on the main road that leads down into the town and offers a view through the trees of the Spray of the Falls. Aca “Sprayview”

The General Manager of the Hotel is none other than Roddy Meiring. He came to the hotel after fulfilling roles as GM of Ilala Lodge and DGM of Victoria Falls Hotel. His youth hides a distinct air or confidence and experience. 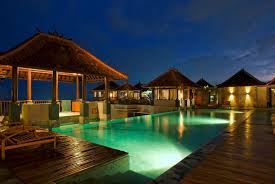