Elephant at the Waterhole during the Hwange Game Count 2013

THE Wildlife Ecological Trust (WET) is set to raise over $5 million to avert the Hwange National Park ecological disaster by de-toxicating the salt licks which were poisoned by poaching gangs in Zimbabwe’s vast game reserve, acting chairman Major Mahlangu has said.

Mahlangu said indications were that the Zimbabwe Parks and Wildlife Management Authority (Zimparks) would require $5 million for the welfare and training of game rangers, transport and communication equipment to deflect marauding poaching rings that were threatening the elephant population and other endangered species.

He said wildlife conservation challenges the country was facing were insurmountable hence the need for Zimbabweans to come together to raise the funds to protect wildlife species facing extinction.

This followed cyanide poisoning by poachers which killed over 110 elephants and a host of other plains’ game in the park in just over a month in what has become known as the Hwange Ecological disaster.

“The first of the many fund- raising campaigns lined up for this year by the trust is a dinner to be held on November 13 with three different categories namely: elephant sponsors, rhino sponsors and lion sponsors,” Mahlangu said.

“Apart from the fund-raising dinner, the Wildlife Ecological Trust Fund is set to use the SMS platform where all Zimbabweans throughout the country can join hands to support wildlife conservation. The trust fund came into being to mobilise funds for conservation in response to the recent poisoning of elephants in Hwange National Park.”

The team comprises members of leading corporates and institutions who have worked tirelessly for conservation and environment-related issues in Zimbabwe.

Scientific reports showed that the African elephant could be extinct in 10-15 years if rampant poaching in major park estates across the continent was not contained. 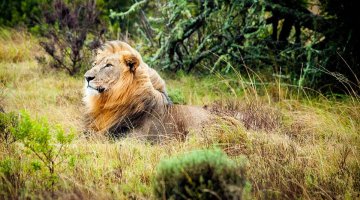