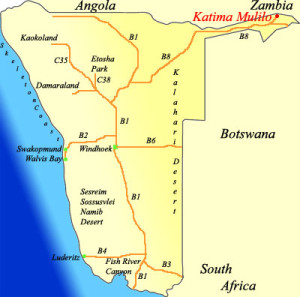 The Katima Mulilo Town Council has officially reopened the recreational area known as ‘Wooden Bridge’ on the banks of the Zambezi River, as well as a guest house in the town. The council also commissioned a sewerage network for informal settlements, which is already up and running.

Wooden Bridge, a once popular recreational spot in the 1990’s but later abandoned for a number of years, was given a new lease of life last week. The recreational area is now replete with an Olympic size swimming pool which is 2.8 metres deep and a children’s pool. The swimming complex has lockers and ablution facilities. Adjacent to the pool is a bar area with a lapa.

The Wooden Bridge recreational spot is said to have cost the town council over N$3 million to renovate. “We now have a state-of-the-art swimming pool. People only have to pay N$10 to enjoy swimming and to cool off from the heat. Council plans to outsource the bar area to anyone who is interested,” said the Mayor of Katima Mulilo, Charles Mateng.

“I urge the residents to guard against vandalism. When you see someone vandalising property, you should report that person to the town council so that we can take action. It is very expensive for the council to replace and repair infrastructure. We understand some people are even stealing iron covers for the sewerage ponds that they sell to scrap yards very cheaply. That should stop,” warned Deputy Mayor of Katima Mulilo , Georgina Mwiya-Simataa, referring to a recent upsurge in theft of council property.

Chairperson of the Namibia Chamber of Commerce and Industry branch in Zambezi Region, Francis Sikumba, who attended the inauguration was equally happy that council was undertaking major development initiatives despite limited resources. “From our side as business people we are very happy that the council is moving forward with development despite limited resources. I just want to caution those business people who tend to buy stolen property to stop doing so. Council should not hesitate to report such business people to the police for them to face the full wrath of the law. We are going to make sure that such practices are stopped immediately,” assured Sikumba.

In one of its most massive development agendas never seen before in Katima Mulilo, the town council has upgraded roads and improved services to informal settlements, with commercial sites having sprung up all over town. The council also announced the building of a multi-million dollar shopping mall in the not too distant future. In response to increasing traffic, council has already put up part of the infrastructure that would house traffic llights in the central business district. According to Nawa the traffic lights are expected to become operational in mid-November. 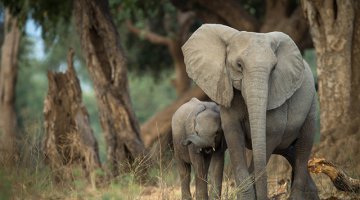