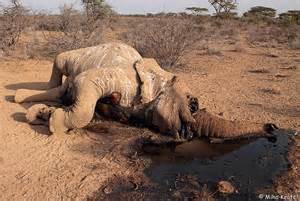 One of the reasons ivory poachers are so successful in Africa is the unevenness of legislation and penalties in different national administrations.

This will be one of the considerations at an emergency summit on the illegal ivory trade which will take place in Botswana from December 2. It will be attended by heads of state, senior officials and NGOs who will attempt, at the highest level, to secure commitments for African states to take urgent measures along the ivory chain as well as from consumer states in Asia.

Its aim is to put together a crisis plan and a set of targets to curb poaching, and to tackle corrupt networks and trafficking operations. It will also assess and seek to rectify the economic damage to communities from destabilisation caused by the arms-for-ivory trade.

A study in support of the summit by the Conservation Action Trust (CAT) into poaching legislation and penalties in 11 Southern and Central African countries found anti-poaching legislation to be wildly uneven, providing convenient havens for terrorist groups and international smugglers.

‘Wildlife legislation in many Elephant Range states is woefully inadequate to stem the flow of elephant poaching and ivory trafficking,’ said CAT founder Francis Garrard. ‘Indeed, in some cases, it’s so flawed it doesn’t even properly convey the message that poaching is a crime.’

‘We commissioned this review of wildlife legislation to assist in the fight against illegal wildlife trade by providing an easily accessible summary of relevant legislation for delegates to the emergency summit.’

Each of the states surveyed are signatories of the Convention on International Trade in Endangered Species of Wild Flora and Fauna (CITES) through which they have committed to provide adequate laws and penalties to prevent trade in listed animals. But the CAT survey found considerable disparities in sanctions on poaching, trade and export legislation.

While all the countries surveyed provide for wildlife offenses, few have stringent incarceration penalties or adequate deterrents. Most countries only list maximum penalties but fail to provide for minimum penalties and there’s little guidance given to judiciaries regarding sentencing.

In China, where most poached ivory ends up, the penalty for poaching is death. In Zimbabwe the fine for possessing illegal ivory is $50-million, but there’s considerable poaching, including the recent poisoning of 103 elephants in Hwange National Park. In South Africa a maximum fine for poaching a protected animal is $500 000, but nearly 700 rhinos have been poached this year alone. In Tanzania the penalty is $1 200 or 10 years and in Malawi it’s a mere $25 and five years jail.

Because definitions of wildlife crimes vary widely legal loopholes occur. The line between hunting and poaching is also unclear in a number of countries, which is causing confusion and space for ‘legal’ poaching.

These are issues the emergency summit in Gaborone will address. 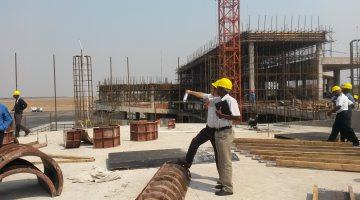