Battle of the Gecko

A Turner’s thick-toed gecko and a Brown house snake were locked in a battle of sheer will power. It’s unclear who preyed on whom? But, obviously someone had ‘bitten of more than they could chew’.

We were called to this scene by one of our maintenance guys; he said “Come! Look I’ve got a lizard fighting a snake!”, we grabbed our cameras and rushed down the path after him. Judging from the snake’s size, I wasn’t convinced that the snake would even be able to swallow such an enormous gecko. Could the gecko have hunted the snake?

At first they lay motionless on the ground, the gecko’s head twisted back in an unnatural position. Still breathing, it clung desperately to a small rock and it looked as though the main fight had come to an end. While we positioned ourselves on the ground, cameras poised for action, the snake wiggled to life and tried to make a run for it, but something prevented it from getting away. A change in camera angle revealed, the gecko had firmly planted rows of jagged teeth into a fold of skin on the snake’s belly. 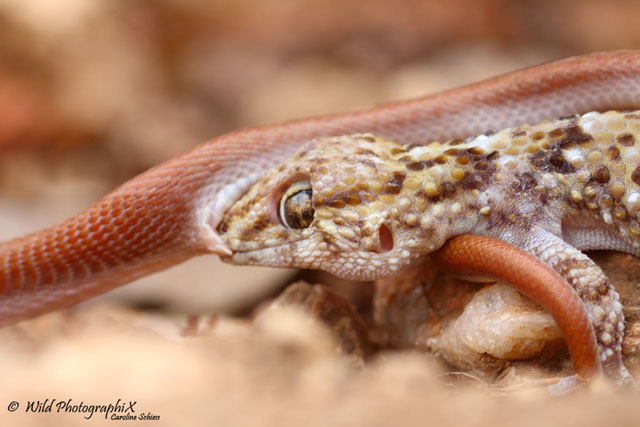 With a rock as anchor and teeth hooked deep in the snake’s scaly skin, the gecko held its ground and just would not let go! Struggling in vein, the snake twisted and turned, searching for the leverage it needed to break free. The situation seemed hopeless and it soon became a waiting game 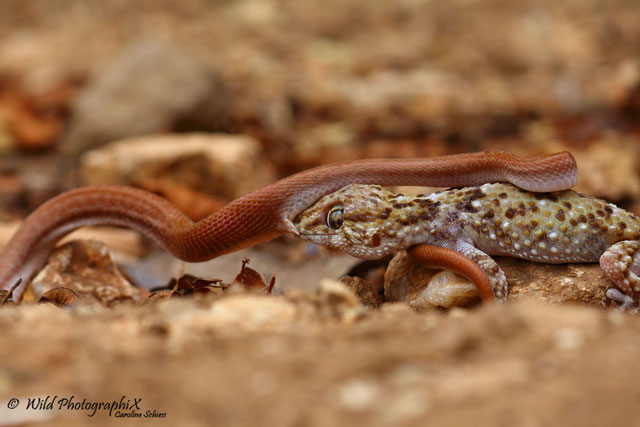 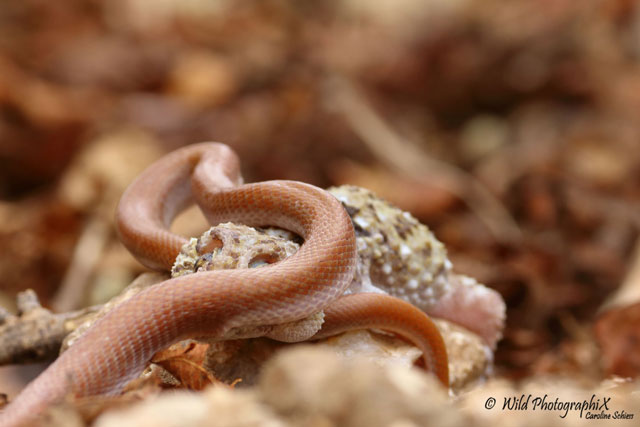 The snake, in one last effort, mustered up the strength and gave a huge lunge forward, managing to drag the gecko and the small rock a couple of centimetres, then lay quiet again. 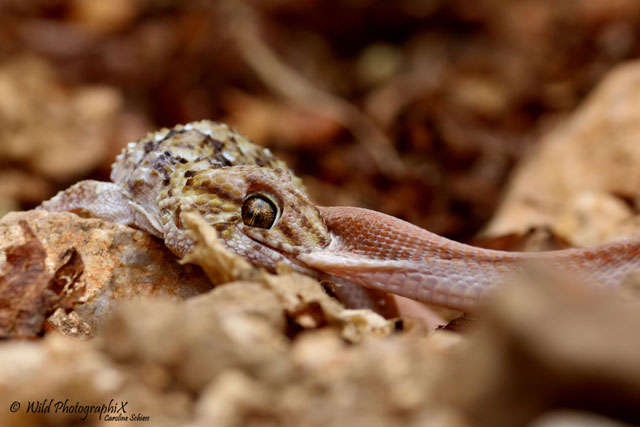 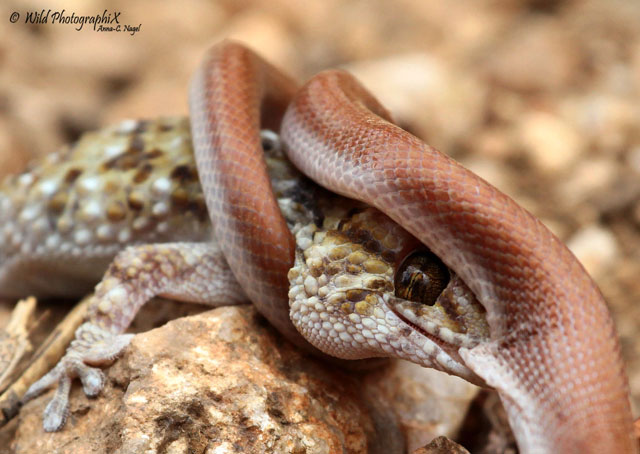 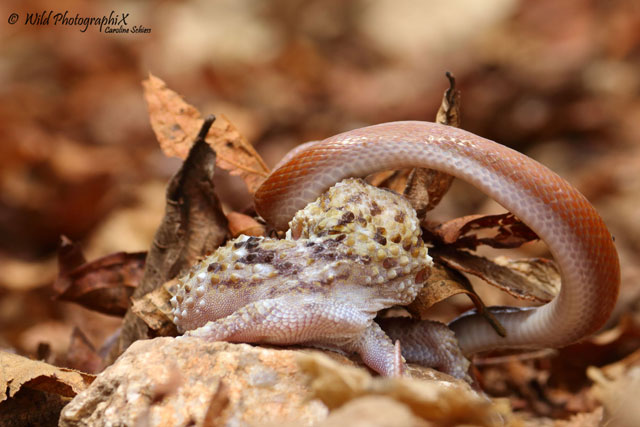 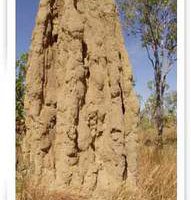