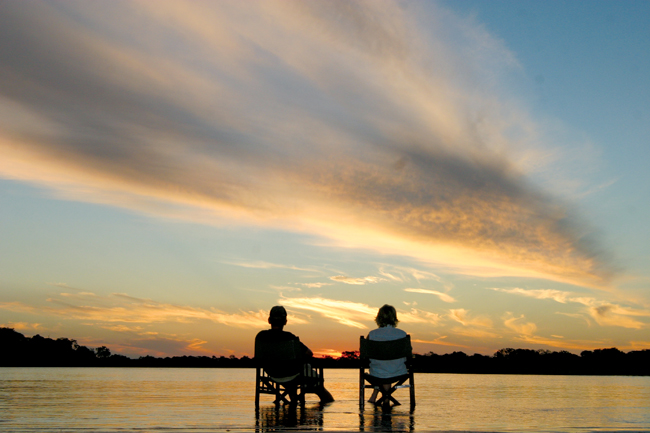 Steve and Wendy Edwards, owners of Musango Safari Camp – situated on a wooded island just off the Matusadona National Park on Lake Kariba – tell us that the reconstruction and refurbishment of their accommodation units is well underway.  Extra space has been added to the chalets  which can now accommodate families if necessary.
The camp has won a 2013 Certificate of  Excellence on Trip Advisor, and Steve is proud to have been named among Africa’s 10 Best Safari Guides in a recent article by Brian Jackman in the UK Telegraph.  A former National Parks warden of the nearby Matusadona National Park, Steve has over 30 years of experience in the area, and it shows in his passion for the place, its wildlife and its people.
The camp is currently providing supplementary food in the form of hay bales (donated by wellwishers) to feed the area’s grazing wild animals during the hot,rainless spring season when there is no grassland on the lakeshore .  Steve and his family are also pro-active in their social responsibility to the people living in Msampa fishing Village in the Omay area nearby.   Musango runs an ongoing programme of sponsorship for the local clinic and school. 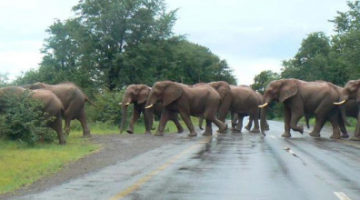