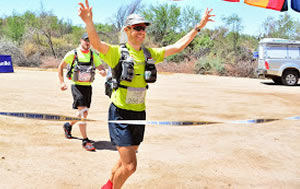 Daniel Rowlands, a CBC old boy, has won the ultra marathon, the Kalahari Desert Race…what’s more, he and the only other two Zimbabweans out of a pack of over 60 runners to take part were also CBC old boys. In fact the other two were his dad and brother.

In an interesting story, not only for CBC but for the Rowlands family, father, Jonathan, joined his sons, Daniel, a professional runner, and Brian, to run the Kalahari Race.

All three Rowlands finished the race, with Daniel coming in first with a time of 22.02.57 over the grueling seven day race which covered over 240km of the harsh Kalahari Desert.

“I thought our story might give the CBC boys something to focus on: the three Rowlands were all products of CBC Bulawayo, all prefects, all professionally-qualified, all stubborn. In that latter regard, Daniel, who was one of the two year prefects (Lower and Upper VI), had well-exceeded the points requirement for an Honours blazer but, during his time at the College, the boys had to apply for Honours which he refused to do as he maintained that excellence should be recognized and not applied for – as a result he was never awarded Honours!

“Daniel qualified at UCT with Honours in Business Science, Brian also at UCT in Mechanical Engineering, and yours truly with a BSc in geology. The underlying message is, possibly, “life’s true journey is within”, you own your future and must actively pursue identified goals rather than be a passive victim of circumstances. Life will always throw curve balls and some mean ones at that, but they just serve to act as a catalyst to revise strategies, possibly change direction and then renew the charge. 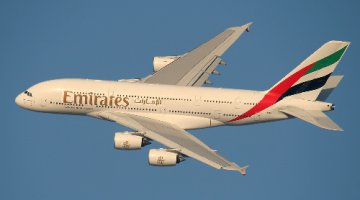