Minister Mzembi was awarded the awards in absentia last week during award presentation ceremonies held by the two organisations because he was tied up at the Sanganai/Hlanganani World Travel Fair.

The award from MAZ recognised the minister’s exceptional contribution to marketing and the CCAZ award was for the best executive in the public sector category.

FBC Holdings chairman Mr Herbert Nkala, who was spoke on behalf of both organisations, said the awards did not have political connotations but were an appreciation of the role that the minister played in pushing the Zimbabwean brand onto the international market.

“These awards are a recognition of the hard work that Minister Mzembi has done in marketing the Zimbabwean brand as you can see Zimbabwe has again become a destination of choice for most tourists.

“The industry was in tatters before the minister came into office and he has managed to raise it to the levels that it is now,” he said.

Minister Mzembi, who was elated at receiving the awards, paid tribute to ACCZ and MAZ for their role in marketing the national brand.

Next post Wild Flowers, Waterplants and Grasses of the Okavango Delta and Kalahari 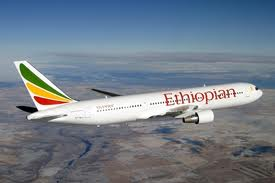