The Zambia Wildlife Authority (ZAWA) officers have gunned down crocodiles that have been terrorizing people in Lake Bangweulu of Chilubi district in Northern Province.

ZAWA area Warden Lewis Daka confirmed the development to ZANIS and that his officers swung into action to eliminate the crocodiles that have been attacking people in the district.

Mr. Daka said the move follows numerous cases of people being attacked and killed by reptiles.

He said government had deployed officers from Lusaka to Chilubi to rid the area of the crocodiles which are on rampage.

Mr. Daka explained that so far officers have managed to gun down two big crocodiles from the lake adding that the battle will continue until the area becomes safe for human life.

And Chilubi District Commissioner Boniface Kamanda has commended ZAWA for the exercise. 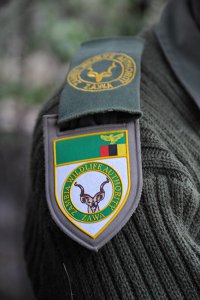 Mr. Kamanda explained that every year the district records more than five cases of people being killed by the aquatic reptiles.

He said each time there was a case of that nature police officers fought running battles with residents in the area as they accused them of siding with people they suspected to be using witchcraft through the reptiles.

Recently a 28-year-old-man of the same area escaped death after being attacked by a crocodile while fishing in Lake Bangweulu.

This [prompted residents to start request government’s intervention by sending for ZAWA officers to come to their rescue.