Friends of Victoria Falls is a community based project involving residents and interested parties in the conservation of Victoria Falls and the surrounds, as well as the improvement in all aspects of amenities and services related to the area.

No.1 waterhole at Chamabondo National Park being filled with water

FOVF main focus thus far has been the rehabilitation of the Chamabondo National Park.  Due to budget restraints, this small park has been largely neglected, and unfortunately poaching in all forms has steadily increased.  2013 has seen the Chamabondo Hide being rebuilt, with the welcome addition of a toilet and shower, making it an attractive stop over for visitors to enjoy wildlife viewing in comfort.  A booking system is being put in place for overnight stays, enticing visitors to stay longer to see nocturnal wildlife, so seldom spotted during the day.

Members of the FOVF board are working closely with National Parks to resuscitate the boreholes supplying the pans with water during the hot, dry season.  Kalisorsa is now pumping freely, pump number 1 is still a work in progress, but water is now available, luring thirsty animals to the safety of the park.  Two more boreholes are being planned in the near future to ensure the area has a reliable supply of water year round.  The thankless and endless task of fundraising has begun for the $3000 still required to complete the scheme.

The road network is amongst the casualties of the park, and plans are in place to clear the old roads, which are just visible but certainly not drive-able.  Operators can then use the park as they did in the past for excellent game drive and walking safaris.   All this provides much needed increased income, keeping the Park and its hard working staff funded and supported.  The increased activity will automatically decrease the poaching incidents, and this has been further assisted by the donation of 20 radios for the rangers patrolling the park.

The cyanide tragedy in Hwange has highlighted the fact that poachers are now well armed, well funded, brazen and utterly ruthless.  It transpires that the salt licks were poisoned, and evidence of poisoned cabbages being dumped in the park has come to light.  A few perpetrators have been arrested, but Parks need to be more vigilant than ever with the rest of the poaching gang still at large.

Further ranger training is required, as well as regular aerial surveys to detect poacher activity.  In addition, FOVF is sourcing a boat motor for the patrol boat based at Katombora.  Detailed maps and records of the area are being produced, vulnerable areas highlighted and cohesive plans put in place.

On a brighter note, game viewing in Chamobondo has improved this year, with sightings of lion, leopard, sable and wild dog being recorded.

FOVF will continue to monitor Chamobondo, and Victoria Falls region as a whole, to ensure the continuity of our wildlife and the privilege of living in such natural beauty. 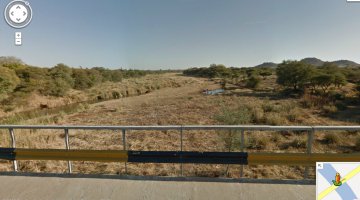