The 6th edition of the Sanganai/Hlanganani World Travel and Tourism Africa Fair is expected to generate in excess of US$300 million which will be accounted for in tourism receipts, a Cabinet minister said yesterday. Addressing journalists at a Press briefing in Harare, Tourism and Hospitality Industry Minister Walter Mzembi said the expo had grown significantly in the past few years.

Last year the fair generated more than US$250 million in annual tourism receipts with a total of 1 200 exhibitors taking part. This year, 1 442 exhibitors have confirmed their participation including 208 foreign exhibitors and buyers.

“To this end we can safely say that Sanganai has already met its primary objective of becoming an essential marketing platform ‘Where the world meets Africa’, and true to its billing a number of African countries are already taking pride in this fair which has evolved over the years advancing the pan-African cause in tourism,” Minister Mzembi said.

He said there were plans for the fair to forge strategic alliances with some equally huge tourism fairs in the region like the Indaba in South Africa.

“It is our conviction that such innovative approaches will take Sanganai to dizzy heights and at the same time Zimbabwe will occupy a strategic position in the regional tourism matrix,” he said.

Minister Mzembi added that this year’s fair would seek to emphasise the country as a Meetings, Incentives, Conferences and Exhibitions tourism destination. To this end, ZTA will host a day-long MICE forum on the sidelines of the travel expo which is aimed at exploring various opportunities and benefits presented by MICE tourism, particularly in Zimbabwe as well as Africa in general.

He said the fair would also focus on promoting domestic tourism which is critical for the sustenance of national tourism as it contributes about 70 percent to tourism receipts. The past four edition of the Sanganai/Hlanganani were a resounding success and have seen the world converging on Zimbabwe.

There was also an increase in the total number of stands from 257 last year to 275 this year with the total number of foreign stands going up 7 percent to 91 from last year’s 85. South Africa has the largest number of buyers attending the showcase at 21, followed by China represented by 12 buyers and three journalists.

Other countries which are participating include Germany, Belgium, Poland, Italy, Netherlands, Malaysia, Japan, Australia and India.

The Ministry of Tourism and ZTA have been on a drive to counter negative publicity emanating from some Western countries that branded Zimbabwe as an unsafe tourist destination.

The drive is bearing fruit as evidenced by a steady increase in tourist arrivals. According to the ZTA, tourist arrivals surged by 18 percent in the first quarter of this year to 346 299, up from 294 198 recorded in the same period last year. 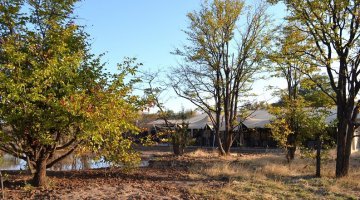