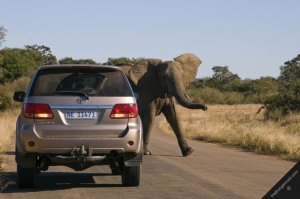 Foreigners driving through Zambia come up against an elephant

The rapid increase in human population has placed significant stress on our native wildlife populations.

Land that was once habitat for wildlife species is being converted into settlements and commercial subdivisions, roads, and agricultural practices.

The development of land and related activities impact both the quantity and quality of wildlife habitat.

Humans are also responsible for causing changes in the environment that hurt animals and plant species.

As we take up more space on earth for our activities, we pollute habitat, we illegally hunt and kill animals, and we bring exotic species into habitats. All these activities take resources and habitats away from plants and animals.

Human activity often changes or destroys the habitats that plants and animals need to survive. Because human populations are growing so fast animals and plants are disappearing 1,000 times faster than they have in the past 65 million years. Scientists estimate that in the 21st century 100 species will become extinct every day. Some of the activities are: 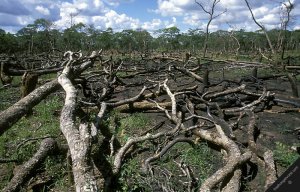 Human activities are the major drivers of deforestation. People have been cutting down trees for charcoal, timber, agriculture, urbanisation and more uses.

Deforestation is the cutting down of trees which directly affects the environment hence having less pure air or oxygen to breath as trees serve to clean air by taking in CO2 (carbon dioxide) and releasing O2 (oxygen) and depriving other organism of food and homes.

Deforestation is the process of converting forested land into non-forest sites that are ideal for crop raising, urbanisation and industrialisation.

Deforestation is a serious concept and it has serious effects to the surroundings. Loom consequences such as loss of various forms of wildlife species that inhabit the planet.

The effect of deforestation on environment can cause floods, fertility of the soil can reduce, can lead to soil erosion, desertification, it exposes the bush to burning, it destroys the soil structure, it contributes to global warming by removing the carbon sinks (trees) that absorb CO2 from the atmosphere.

water cycle can be disturbed which results in drought and there will be disturbance in nature and there cannot be any shelter and food for any wildlife organisms.

Every tree is home to at least 100 (different) animals. Compare that to YOUR neighborhood, as far as how devastating it would be to lose 100 homes in the name of progress.

Then waste, 70 per cent of what you just wiped out because it’s just not profitable to use EVERY resource.

The waste has to go somewhere. The ‘neighborhood’ will take 100 years to get back to where it was the day before you destroyed it.

There will be a great wailing and gnashing of teeth. 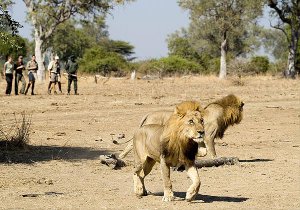 The loss of habitat through the conversion of land from its natural state to a developed landscape represents the single greatest impact of increased human activity on native wildlife.

For example, a diverse wildlife population depends upon the natural diversity of native plants found in most undeveloped areas.

Development often changes the vegetative community, making it more difficult for many native species to survive.

Those species able to survive in urban settings may thrive, but the rest are forced to find new territory or perish. 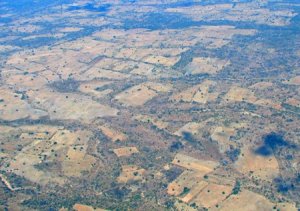 Habitat fragmentation is a less obvious consequence of development, reducing both the quantity and quality of habitat.

Fragmentation is a process whereby large tracts of the natural landscape are gradually developed and subdivided until only patches of original habitat remain.

The patches are often too small and too far apart to support the basic survival and reproductive needs of many wildlife species during various stages of their life-cycle or in different times of the year.

When a species’ habitat is separated by distances that make movement from one patch to another impossible, the impacts on the genetic health of the population are significant and reduce a species ability to reproduce and withstand stress.

In addition, smaller habitat patches and the wildlife that depend on them are more vulnerable to the catastrophic effects of natural disturbances such as fire.

Fragmentation also results in higher populations of generalist predators, resulting in increased predation on those species that attempt to use the remaining habitat blocks. (Environment fact sheet 2004) 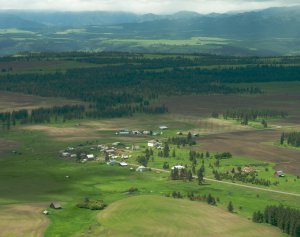 Settlements that occur, starting off small and growing over the years

Due the rapid growth of human population in the country and the world at large, this has caused the clearing of natural habitats for settlements, agriculture and road networks.

Wildlife animals such as elephants require a vast area of land for their feeding, ie Elephant can graze on about 160 to 240kg of food.

If these animals are confined in small habitats because of human encroachments, the resultant will be habitat degradation and this also leads into human wildlife conflicts.

These people are seriously poaching as source of food and income.

Potential farmers starting to prepared some land for agricultural purposes

Agriculture in Zambia is one of the promising sectors in improving the economy.

The Government of Zambia has been working on improving the agriculture sector, trying to divert from depending much on mining but also agriculture.

The unprecedented increase in human population during recent years has brought excessive land under agriculture and Agriculture is growing at an expense of natural habitats for wildlife, people are clearing wildlife habitats for agriculture practices.

These have great impact on our wildlife species in several ways.

Many species are displaced from their natural habitat and end up in areas that are not favorable.

Some species die in the process and those that cannot adapt to new habitat dies which leads to extinction of some wildlife species.

It takes so many years to have a good habitat for wildlife species.

The quality of the habitat depends on the availability of food, water and cover for wildlife species.

The more people encroach in these natural wildlife habitats the more the habitats are degraded, the population of wildlife species decreases and this leads to human wildlife conflicts.

Some animals start destroying crops for farmers and their live stocks.

Sustainable agriculture is one of the best method, farmers should practice crop rotation to maintain their farm areas.

Agriculture causes the water pollution in the rural streams due to runoff from farming activity which affects aquatic species. 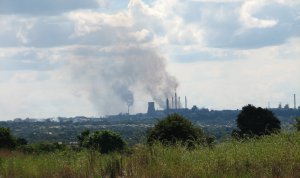 The impact on wildlife stems primarily from disturbing, removing and redistributing the land surface.

The most direct effect on wildlife is destruction or displacement of species in areas of excavation and spoils piling.

Pit and spoil areas are not capable of providing food and cover for most species of wildlife.

The vegetation which is the main source of food is turned upside down and the habitat for animals is cleared for several mining activities.

The community of microorganisms and nutrient cycling processes are upset by movement, storage, and redistribution of soil.

Decomposition is one of the important processes provided by microorganisms.

Minus this process our environment could have been piled with dead matters. 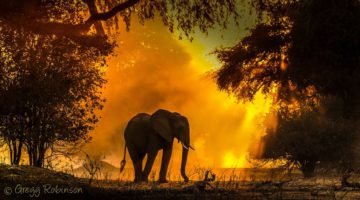