All roads led to Chincimane on Sunday, some 65 kilometres southwest of Katima Mulilo for the annual Lusata cultural festival of the Mafwe tribe. 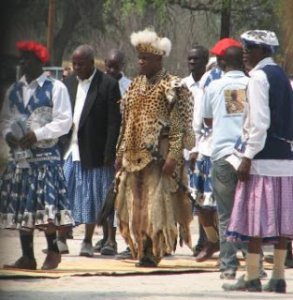 Lusata is held over the last weekend of each September and Chincimane is the traditional seat of Mafwe Chief George Simasiku Mamili VII. The prestigious cultural event, which reached its 30th anniversary, takes place annually to celebrate the rich cultural heritage of the Mafwe of Chief Mamili VII.

The Mafwe are one of the largest ethnic tribes in the Zambezi Region. Thousands of Mafwe and other Namibians, plus guests who came from as far as neighbouring Botswana and Zambia attended the prestigious event. Hawkers and small traders also took advantage of rare business opportunities that opened up on the day. Sipelu and Pela were some of the cultural dances performed, while dancers from Zambia and Kavango also entertained the crowds.

The prestigious event on the Mafwe calendar, which is often preceded by celebratory gunfire, saw many vehicles in the vicinity of town draped in the Mafwe traditional colours with some sporting personalised Lusata registration plates before and during the festivities. And as is customary many Mafwe travelled from Windhoek and other towns to attend the event.

The arrival of Chief George Simasiku Mamili VII drew ululation before the Mafwe flag was hoisted to signal the beginning of the daylong cultural festivities. That was later followed by the parading of an ivory encrusted stick (royal mace) known as ‘Lusata’ in a long procession led by the reigning Chief Mamili. The festival draws its name from the Lusata that signifies Mamili’s strong leadership and his ability to unify the Mafwe people.

The Minister of Regional and Local Government, Housing and Rural Development, Charles Namholoh, in a speech read on his behalf by Minister of Labour and Social Welfare Doreen Sioka said the cultural festival seeks to exchange cultural values and norms. “Cultural festivals such as this we celebrate today are not avenues only for entertainment and enjoyment. They also serve as important platforms for transmission of cultural values, norms and customs. Through the medium of songs, drama, dances and other cultural and artistic expressions, we teach and learn from each other,” said Namholoh.

Namholoh further said traditional authorities are bestowed the responsibility of promoting and preserving culture through an act of parliament. “Traditional authorities in Namibia are empowered through the Traditional Authorities Act No 25 of 2000 to promote and preserve the culture, languages and customs of their communities. They are also charged with the functions of promoting peace and welfare among members of their community,” said Namholoh.

Zambezi regional governor, Lawrence Sampofu, who also spoke at the event said the Zambezi Region is faced with many land disputes and therefore with ongoing land rights registration he encouraged residents to register their land to avoid such squabbles.

“We have several hotspots of land disputes. I request our traditional leaders to inform families about who owns which land and in which part. The ministry of lands is busy registering land. Everybody should register their land and don’t register land that does not belong to you. Silalo indunas should assist the ministry of lands in certifying land ownership,” appealed Sampofu.

Mamili however appealed for more health facilities and rural electrification in some parts of his area of jurisdiction, charging that these services were moving at a snail’s pace.

“I appeal to the government to bring clinics to Masida, Malengalenga and Kwena. Residents have to travel long distances to access services. Bito, Sachinga and Sachona also need to be electrified to benefit from government amenities. Rural electrification is moving slow. I urge government to find ways to expedite these services,” stated the chief.

Mamili also expressed his gratification with government’s drought relief efforts, appealing to his subjects to desist from tendencies of selling food rations received from government. “I applaud the drought relief efforts and the manner in which the distribution is being handled. Beneficiaries should not sell the food aid they get,” urged Mamili.

Other dignitaries at the event included the Deputy Minister of Justice, Tommy Nambahu, whose attendance of the event was cut short by an emergency, Acting District Commissioner of Sesheke in Zambia, Given Muleya, Bisey Uirab, the Chief Executive Officer of Namport, Justice Sylvester Mainga, Chief Peter Chika of Parakarungu in Botswana, Victor Simunja, MD of Windhoek Machinenfabrik, Raphael Mbala, the Chairperson of the Zambezi Regional Council, Charles Matengu, Mayor of Katima Mulilo and Regina Ndopu Lubinda, the Chief Regional Officer and several constituency councillors, among many others. 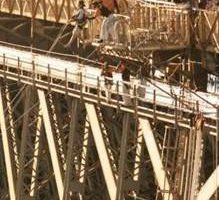