Residents of Kasane have agreed to have water drawn from the Chobe River to meet water demands in other parts of Botswana.

Speaking during a recent kgotla meeting with the Minister of Minerals, Energy and Water Resources, Mr. Kitso Mokaila, the residents said sharing water from Chobe River with the rest of Botswana was a good idea provided this did not disturb the wildlife that depended on the river for survival.

A Kasane resident, Mr. Sangwana, said the people of Chobe had not rejected the idea of extracting water from the river as the minister was made to believe but they wanted reassurance that this would not disturb the flow cycle and volume of the water.

“The consultants sent here were in no position to answer that as they were clueless about everything we asked, hence we requested a one-on-one consultation with you,” he said. Mr. Sangwana warned against relying solely on consultants as they could give misleading information without thorough consultation and analysis.

The chairperson of the Chobe District Council, Mr. Mwanota Kachana, said he supported the idea of water sharing, saying that “if Botswana could share the water resource with other countries how difficult would it be to share it with their fellow Batswana?”

Briefing the residents, Minister Mokaila explained that the report on the consultation that was carried out indicated that Kasane community refused to give the project a green light. Mr. Mokaila explained that feasibility studies had been done to establish if water could be drawn from the river to feed the rest of Botswana without depleting it or negatively impacting on the environment.

He said he was satisfied with the findings and with the blessings of the Chobe community, the project would start soon. He explained that the water would be drawn in line with its seasonal flow cycle and its volume in the river. 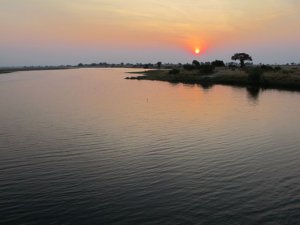 “Allowing the country to draw water from the Chobe River would also go a long way in boosting and attracting foreign direct investments as investors need the assurance that there is sufficient water available in the country for investments in such areas as mining,” he added. 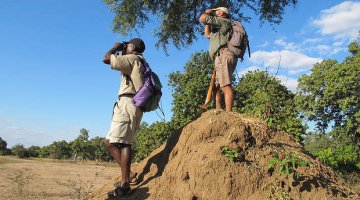