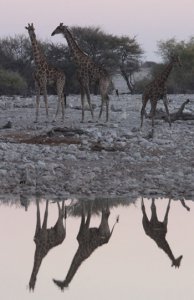 New research from The University of Queensland reinforces the value of network analysis and long-term studies for examining the social systems of wild animals.

“Long-term studies of sociality in wild animals are quite rare, despite being critical for determining the benefits of social relationships and testing how long such relationships last and whether they change as individual’s age,” said Dr Carter.

Knowledge about social relationships in animal species that exhibit fission-fusion dynamics can enhance our understanding of the evolution of close social bonds in humans, who also have a fission-fusion social system.

“We found that giraffes, which exhibit fission-fusion sociality, formed a cohesive society in which on average any two giraffes could be connected in the population’s social network via 1 to 3 other giraffes.

This reflects the ‘six degrees of separation‘ described for people in U.S.A. in which there were on average only five acquaintances in the shortest path between any two Americans.

“Such cohesive giraffe societies may facilitate passive information sharing about food resources that have recently started to flower or bear fruit, or other relevant ecological information. Such information sharing is more likely to benefit the most well connected individuals in the network,” she said.

The results of the study have been published in the scientific journal Animal Behaviour.

Despite the daily changes in giraffes’ group compositions that are typical of fission-fusion taxa, the study also found that long-term relationships spanning six years were evident among female giraffes, but not males.

Giraffe drinking from the water in Etosha National Park, Namibia

This may be explained by sex differences in ranging patterns and reproductive priorities.

Long-term friendships among females may help individuals to find food and detect predators by learning from others, which may enhance their own survival and that of their offspring.

In contrast, long-term relationships among males who may be direct reproductive competitors would not bring reproductive benefits and injuries from fighting could reduce, rather than enhance, survival.

The study also discovered that as immature female giraffes matured to young adults they appeared to increase their gregariousness by forming weaker relationships with a greater number of females, perhaps as they moved around to different groups prior to settling into a home range.

In contrast, older females showed greater stability over time in the strengths of their friendships and the numbers of females they associated with, probably because they had settled into stable home ranges and frequently encountered known females at food patches and waterholes.

Next post Jameson Vic Falls Carnival 2013 labels its line up 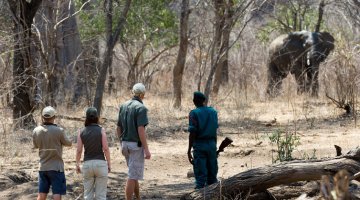