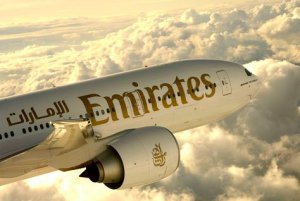 Emirates, which flies daily from Harare to Lusaka and Dubai, has been voted the Best International Airline at the Association of Zimbabwe Travel Agents (AZTA) Awards held in Harare last week (September 21).

The prestigious accolade, voted for by local travel agents, named Emirates as the country’s preferred airline.

Emirates Country Manager for Zimbabwe Paulos Legesse received the award on behalf of the airline and thanked the association for the recognition. He also pledged that the airline would continue to provide the high standard of products and service that it is renowned for.

The award was presented to Mr Legesse and his team by Gordon Addams, Vice President of Hospitality Association of Zimbabwe (HAZ), at a glittering annual awards dinner in Harare that was this year themed “Arabian Nights”.

The latest award adds to more than 500 international awards received by the airline worldwide.

Emirates operates daily flights from Harare to Dubai via Lusaka, and onward to more than 130 destinations in 77 countries across six continents.

Emirates flies daily from Harare to Lusaka and Dubai. Emirates airline has received more than 500 international awards for excellence. Emirates flies to 135 destinations in 77 countries using more than 200 wide-body Airbus and Boeing aircraft, and has orders for an additional 193 aircraft worth more than US$$71 billion. 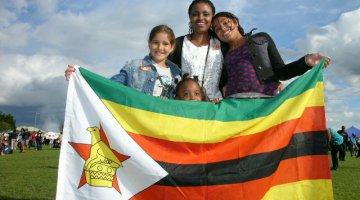